Dr. Wily and his robotic states

Rush is an supporting character in the Mega Man series. It was created by Dr. Light to assist Mega Man on its travels.

It was voiced by Wataru Takagi, Ryōtarō Okiayu, Akiko Kimura and Katsuyuki Konishi in the Japanese version, and by Garry Chalk, Terry Klassen, Ian James Corlett, Sam Vincent and Jon Bailey in the English version.

Rush appears as Mega Man's special up where he uses the Rush Coil, he also appears as an collectible trophy in both versions.

In Super Smash Bros. Ultimate, Rush return as an in the Mega Man's special up, he also appears as an ace support spirit that increases the user's up specials. It spirit only can be summoned using cores of Chibi-Tot, Boney and any support core. 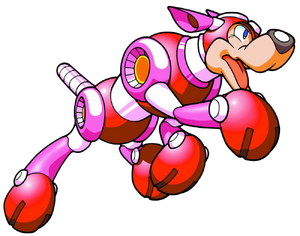 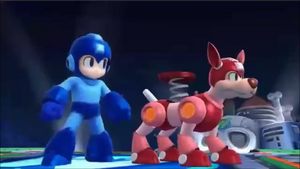 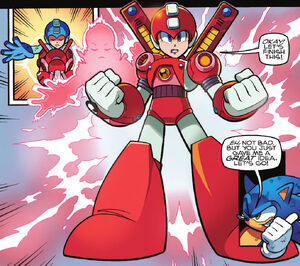