Heroes Wiki
Register
Don't have an account?
Sign In
Advertisement
in: Articles under construction, Article stubs, Mature,
and 31 more

Ryōna is a major supporting character from the Senran Kagura videogame series. She is a first year in Hebijo Clandestine Girls' Academy. Ryōna is also the older twin sister of Ryōbi and is her polar opposite as she likes being chastised and scolded, loves showing off her breasts and is a giant masochist.

She is voiced by Mako in the Japanese version, and by Tia Ballard in the English version.

Ryōna is a young woman with short blonde hair, and heterochromatic eyes, with her left eye being emerald green, in color and her right eye is sapphire blue.

Ryona is very self-absorbed as she likes showing off her bust and body to other girls both friend or foe and is a massive masochist. 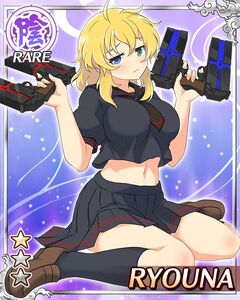 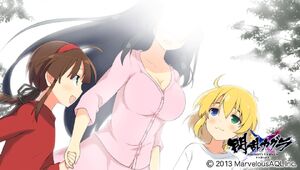 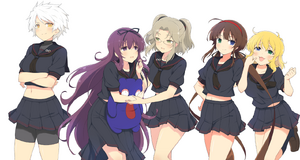 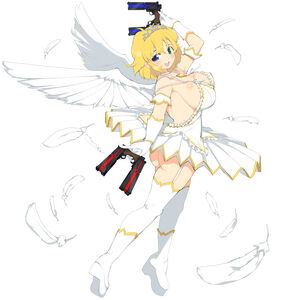 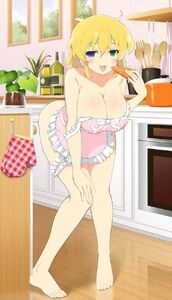 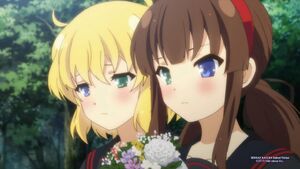 Ryona with her sister Ryobi. 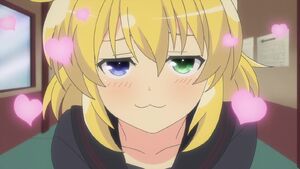 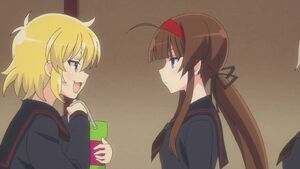 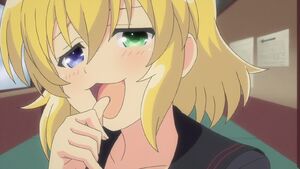