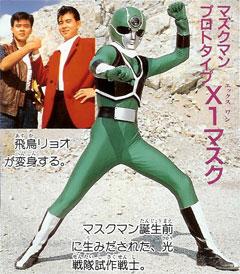 Ryo Asuka (飛鳥 リョオ, Asuka Ryō, 39): is a former disciple of Chief Sugata who was chosen to be part of the M-Project, which gave him the ability to transform into X1 Mask (X1マスク, Ekkusu Wan Masuku), a predecessor to the main Maskman team. He is also the supporting character of Maskmen. He is the first Sixth Ranger, which would not occur again until Burai of Kyoryu Sentai Zyuranger.

Ryo abandoned Sugata's unit after his girlfriend Yuko was brutally killed during an ambush by Tube, causing Ryo to doubt his ability to protect the world since he failed to protect the woman he loved. Ryo arrives to help the Maskman team when they are overpowered by Magma Doggler. With Takeru's help, Ryo renews his self-confidence and assists the team in defeating Magma Doggler, but at the cost of his powers. At the end, he leaves the Maskman team to teach martial arts to children with a regained sense of hope.

Ryo did not participate in the Great Legend War because he had already lost his powers.

Ryo Asuka transforms into X1 Mask at the command of "Change Power!", causing a line of Aura to descend over him as his suit forms around him; he does not need any transformation device.

His prototype suit was powerful enough to block attacks of Magma Doggler. 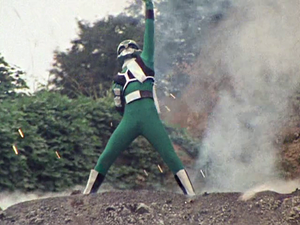 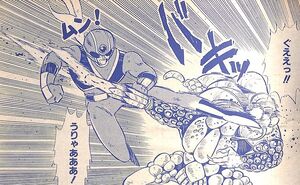 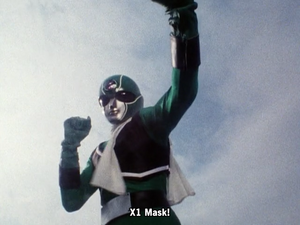 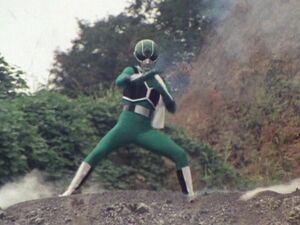 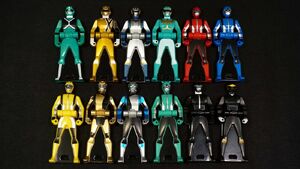 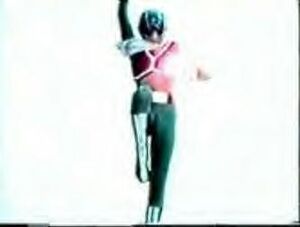 Retrieved from "https://hero.fandom.com/wiki/Ryo_Asuka?oldid=1861457"
Community content is available under CC-BY-SA unless otherwise noted.