Heroes Wiki
Register
Don't have an account?
Sign In
Advertisement
in: Outdated Articles, The King of Fighters Heroes, Male,
and 41 more

Protect his father Takuma, younger sister Yuri and friends.
Save the world from evil threats.

Ryo Sakazaki is the main protagonist in Art of Fighting, and one of the recurring characters in The King of Fighters, both fighting game series from SNK.

His name is most often written in kana, however, in some games kanji is used to write parts of his name (坂崎 亮, Sakazaki Ryō). He earned the nickname, The Invincible Dragon.

He is a mascot for SNK, with the other four being are Terry Bogard, Mai Shiranui, Kyo Kusanagi and Iori Yagami.

Trained in the Kyokugen Style of Karate by his father Takuma, Ryo was forced to care for himself and his younger sister when he was 10 after their mother, Lonette, died in a car accident and their father disappeared shortly afterward. He makes his living by earning money on street fights. Whenever she saw Ryo in such condition, Yuri's desire to run away became greater.

When Yuri is kidnapped by Mr. Big, Ryo and his friend, Robert, scour Southtown while battling its toughest enforcers and Mob bosses to rescue her, finding out that his father was still alive under the guise of Mr. Karate. After the incident, Ryo went to the mountains to train himself in combat, only to return to to Southtown a year later to participate in the King of Fighters tournament sponsored by Geese Howard. Despite beating him, Geese had managed to escape.

After these events, Ryo goes to Mexico in search of Robert.

Ryo appears in Super Smash Bros. Ultimate as a background character on the King of Fighters Stadium stage, his Mii costume for the Mii Brawler was added on the wave 4, Ryo is one of the spirits on Terry's DLC spirit board, an ace primary grab spirit that increases the user's fist attacks. His spirit battle is a stamina battle on the omega form of the Suzaku Castle stage against a Mii Brawler with Isaac's hair and orange fighter uniform (Ryo's costume if the said costume got purchased) that will charge up a powerful final smash with both fighters reduced jump. 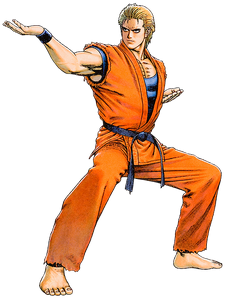 Ryo's Artwork from Art of Fighting 3 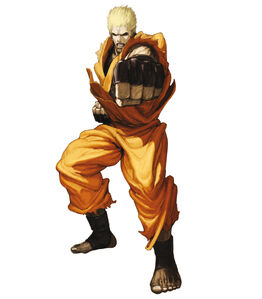 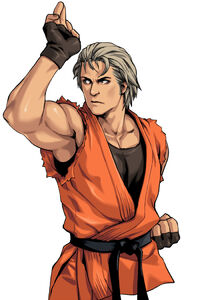 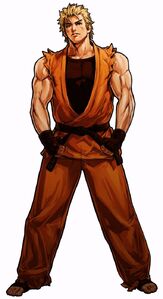 Ryo in The King of Fighters XI 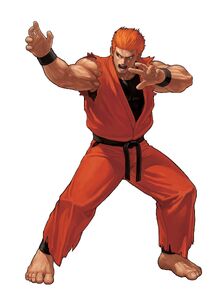 Ryo in The King of Fighters XII 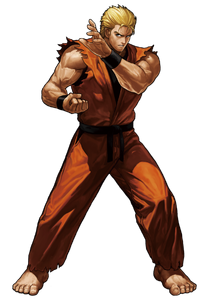 Ryo in The King of Fighters XIII 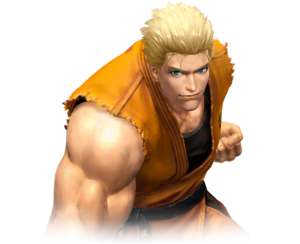 Ryo in The King of Fighters XIV

The King of Fighters XIV: Art of Fighting Team Ending