Ryo of the Heavenly Fire Star

Save the earth from the Gorma Tribe.

Ryo of the Heavenly Fire Star, also known as RyuuRanger, is a leader of the Dairangers and the main protagonist in Gosei Sentai Dairanger. He is 23 years old (41 as of Gokaiger) and son of the previous RyuuRanger Zhang Liao and a human woman, he was not aware of his Dai heritage prior to the events of the series. His mother died prior to the events of the series and he has raised his younger sister, Youko, by himself.

Ryo of the Heavenly Fire Star was completely unaware of his Dai heritage as his mother died prior to the series' beginning leaving him to raise his younger sister, Yōko, by himself. He aspires to become the best gyoza cook in Japan and works in Yokohama Chinatown. Ryo became a Dairanger after he was captured by Baron String, only to be saved by Mythical Qi Beast Ryuuseioh and taken to Master Kaku. Ryo deeply trusts his teammates. As Ryu Ranger (リュウレンジャー, Ryū Renjā), he specializes in the Dragon Fist style and utilizes the power of fire. 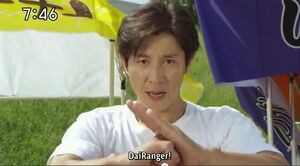 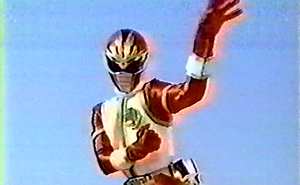 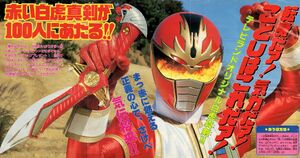 Byakkoshinken With Ryu Ranger
Add a photo to this gallery

Retrieved from "https://hero.fandom.com/wiki/Ryo_of_the_Heavenly_Fire_Star?oldid=1723299"
Community content is available under CC-BY-SA unless otherwise noted.