She is a student of Hope's Peak Academy's, her ultimate is the Ultimate Analyst. and is the alternate personality of Junko Enoshima.

Unlike Junko, Ryoko has both red hair and eyes. She has a very long hair and wears the Hope's Peak Academy uniform. She wears a open grey sweater with a white shirt with a red ribbon, and white socks with brown shoes.

Ryoko is presented as a girl with a psychological disorder which causes her to lose her short and long term memories even though she is Junko and that she has amnesia. Because of this, she writes everything down in a notebook. Due to her illness she often visits Yasuke Matsuda, who she is in love with, for check ups. She is generally cheerful and carefree unlike Junko who is Cruel and sadistic for despair. 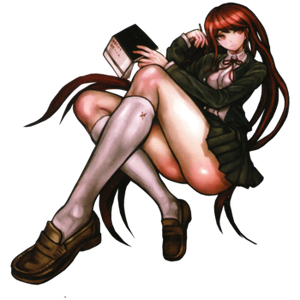 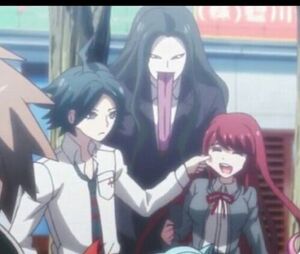 Ryoko cameos in Danganronpa 2.5: Nagito Komaeda and the World Ender, alongside Isshiki Madarai and Yasuke Matsuda.