To find a reason to live (failed).

To escape the Academy for Gifted Juveniles (failed).

After he successfully participated in the 53rd Killing Game, Ryoma's memories and past were fabricated by Team Danganronpa as follows:

Ryoma was a tennis player with a promising future, world famous since middle school and winning many international matches.

One day, Ryoma was invited to play in an underground tournament hosted by a mafia organization. He tried to ignore the invitations he received at first, but since they just kept coming, he eventually accepted it. Once he arrived however, he found out that he was fooled and was actually playing in fixed matches that rich people were gambling on. At first, he played along with the mafia's plan until he decided to crush his last enemy whom he was supposed to lose to. Having destroyed the mafia's reputation, they massacred Ryoma's parents. He managed to get his girlfriend to safety elsewhere at first, but her hiding place was located and they eventually killed her as well, leaving only Ryoma who barely escaped the massacre.

In an act of revenge, he killed the organization's members by hitting them in the head with his custom-made steel tennis ball. The entire organization was annihilated and as a result, he earned the alias Killer Tennis. He ended up a prisoner on death row, seemingly throwing his whole future away. Being an animal lover since a young age, he owned a pet cat he loved very much. However, he had to give it away to an acquaintance after he got arrested.

Due to losing his loved ones and becoming a murderer, Ryoma believes his former self is gone and he doesn't have much will to live, believing that even his beloved cat must have long forgotten him. He became very depressed and rather suicidal. He has also indicated that he has suffered from sexual harassment during his time in prison.

In Chapter 2, he is murdered by Kirumi Tojo and his corpse is eaten by pirahnas.

Ryoma is the shortest human character in the Danganronpa series. Contrary to his soft appearance, he has a very deep voice. He has cropped red hair, black eyes with no visible pupils, and rosy cheeks.

He wears a black hat with two points that has a picture of two blue tennis rackets on it, a black leather jacket, and a black and dark blue striped jumpsuit underneath, similar to that of a prisoner. He wears black shoes with red soles and has a metal cuff attached to his left leg with a bit of a chain attached to it.

His legs are notably much more muscular than the rest of his body. He always has a candy in his mouth, which may give the impression of a cigarette.

Before gaining his Ultimate talent, he wore a standard school uniform, with a gray blazer over top a white dress shirt and red tie. He also wore black pants with a plaid pattern and black loafers. Interestingly, he still carries a candy cigarette in his mouth.

Ryoma is a hard-boiled dandy character. Though he looks like a child, it's been said that his life experience would put an adult to shame. He has a coolness that common high school students don't have, heightened by his very deep, mature voice. He is the calmest, composed, and an unperturbed person in the Killing Game. He isn't shaken by murders nor even if he is personally harmed. He often mentions how he refuses to do something "uncool" and doesn't want to show his softer side.

After killing a mafia organization with his own hands, Ryoma considers himself a killer, the kind of person other people should not get close to. While generally not appearing very aggressive, he is apparently willing to harm and even kill people if he believes they deserve it, and he occasionally gives others a very piercing look as a warning

Ryoma has a tendency to push other people away. He feels others shouldn't get close to him, because along with being a murderer he is on a death row and thus likely to die soon, which would cause his close ones emotional burden. However, his younger self was a big animal lover with a positive and proactive nature, but he states that he is now just a shadow of his former self and his old self no longer exists. Nevertheless, he still has certain kindness in him and retains his great love for animals. He will not stand seeing an animal in trouble, considering such situation an emergency. He also empathizes with Kaede's wish to escape and become friends with everyone, considering it "not bad" of an option. Despite being depressed himself and warning Kaede to not be so idealistic, his kindness often shines through and he occasionally gives other people good and positive advice, showing that he still has faith in life and positive thoughts deep down. During Class Trials, he generally trusts others but doesn't hesitate to voice his doubts and use calm judgment. He is also willing to immediately apologize for incorrect doubts. Furthermore, Ryoma is still interested in tennis even though he strongly denies this at first. Due to his past, Ryoma appears to be depressed and suicidal, assuming he has very little time left and is unable to have any close ones. 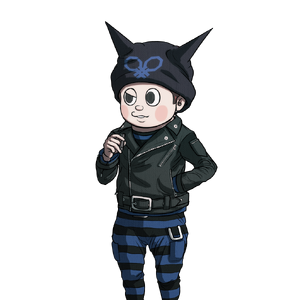 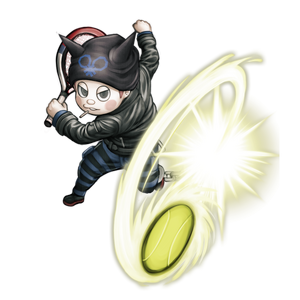 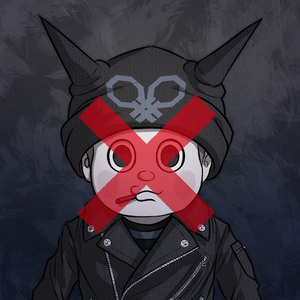 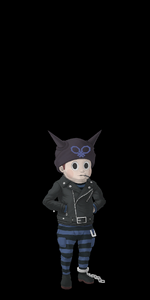