Heroes Wiki
Register
Don't have an account?
Sign In
Advertisement
in: Female, Anime Heroes, My Hero Academia Heroes,
and 25 more

Ryuko Tatsuma, also known as Dragoon Hero: Ryukyu, is a major character in the anime/manga series, My Hero Academia. She is the former No. 9, now current No. 10 Pro Hero. She employed Nejire Hado, Ochaco Uraraka and Tsuyu Asui during the Shie Hassaikai Arc.

She is voiced by Kaori Yagi in the Japanese version and Katelyn Barr in the English version.

Ryukyu was first seen during a fight of taking down two villains with Giant-related quirks with Ochaco Uraraka, Tsuyu Asui, and Nejire Hado, finding interest in both the Class 1-A girls because of their potential and would suggest they made great assets in the future. Later on with the meeting with Sir Nighteye alongside other Pro Heroes and her sidekicks, they were discussing about the Shie Hassaikai's plans and the creation of Quirk-erasing bullets, but she was saddened by the fact Overhaul abuses Eri for drugs and weapons.

She also took part in investigating the Shie Hassaikai, afterwards with the help of Nighteye finding the hideout, they would prepare themselves first thing in the morning to save Eri and put the Hassaikai to rest for good. During the raid, Rikiya Katsukame attacks as Ryukyu transforms into a dragon to fight him, telling the others to go onward.

Dragon Physiology - Ryukyu with this ability either is or can transform into a Dragon; a legendary creature, typically depicted with serpentine or reptilian traits, that features in the myths of many cultures. There are two distinct cultural traditions of dragons: the European Dragon, derived from European folk traditions and which is ultimately related to Greek and Middle Eastern mythologies, and the Chinese Dragon, with counterparts in Japan, Korea and other East Asian countries. 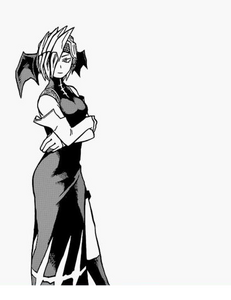 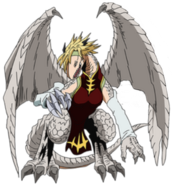 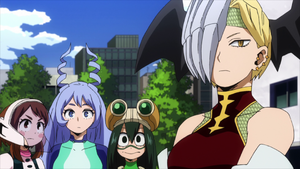 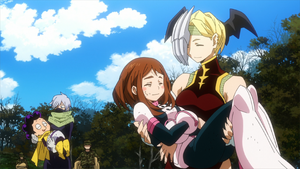 Ryukyu and the others rescued Ochaco and Mineta 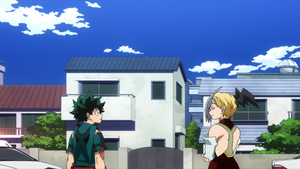 During the aftermath, Ryukyu thanks Izuku for saving Eri 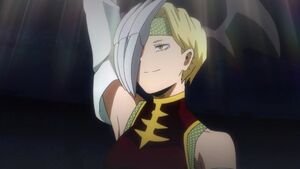