Yamada-kun and the 7 Witches

Ryuu Yamada the main character in the manga Yamada-kun to 7-nin no Majo by Yoshikawa Miki. Yamada is a student at Suzaku high-school one day he accidentally switch's bodies with a girl named Urara Shiraishi, the incident is the start of Yamada and Shiraishi discovering the existence of witches. Yamada and Shiraishi discover that there are seven witches at Suzaku-high and they are two of them not limited to changing bodies with each-other but nearly anyone by kissing them. Each witch has a unique power and Yamada soon finds he does not have the power to switch bodies by kissing others but rather has the power to copy another witch's power by kissing them and had just been copying Shiraishi's power. Yamada and Shiraishi soon form a Super natural studies group with the help of student councilmen, Toranosuke Miyamura and later Miyabi Ito. The Supernatural Studies club seek to experiment with the witch powers using Yamada as their copier and uncover the identity of all the witch's in the school.

Yamada's Copy power allows him to gain the power of any witch he kisses, however one copied power can not over-wright another. When using any power other than the Body Swap ability, since it is also triggered by kiss, Yamada can temporally transfer the copied power to a normal human-being. One witch's power can not affect another witch, Yamada's power being the exception, this means Yamada can detect who is a witch by attempting to swap bodies with them and seeing whether they are affected or not. Aside from his witch power Yamada is an accomplished fighter, he has above average strength despite his thin frame, is quick on his feet and has much pugilistic know-how. Switching bodies with Ito revealed that Yamada's body is usless on it's own for the purposes of fighting and nearly all Yamada's prowess as a fighter comes from his own personal skill. 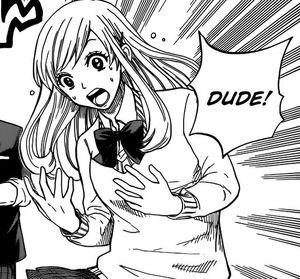 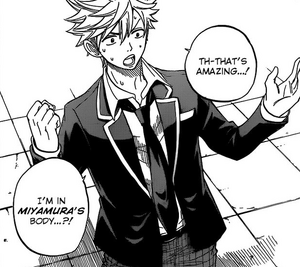 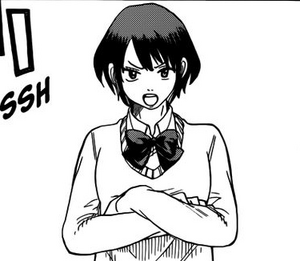