To protect the world from oncoming evil threats

S.H.I.E.L.D (Strategic Homeland Intervention Enforcement Logistics Division) is a secret US military law-enforcement agency. S.H.I.E.L.D. serves to protect the law and the civilians from super powered villain threats aside from the superheroes' job to do that.

S.H.I.E.L.D was co-founded by Howard Stark and possibly Alexander Pierce more than twenty years before the events involving the creation Iron Man armor. It has been infiltrated by HYDRA.

S.H.I.E.L.D. is directly responsible in forming the Avengers as a deterrent against Loki's plans and to help get the Tesseract back into their custody. However Tony Stark, Bruce Banner and Captain America find out that S.H.I.E.L.D. wanted the Tesseract in order to make weapons (similar to the way HYDRA did in World War II).

Many S.H.I.E.L.D. agents watch on monitors as the Avengers fight the Chitauri in New York. Later, Director Fury tells his Superiors (known simply as the World Security Council) that he has allowed custody of the Tesseract to go to Thor who has taken it back to Asgard and that the remaining Avengers have gone their separate ways and that they are no longer answering to S.H.I.E.L.D.

S.H.I.E.L.D. Agent Jasper Sitwell was responsible for retrieving the Chitauri weapon, Item 47, and neutralizing the couple who found the weapon and used it to go on a robbing spree. Instead of neutralizing them, Sitwell hired them to work for S.H.I.E.L.D.

S.H.I.E.L.D. was mentioned as a source by J.A.R.V.I.S. as he obtained intel from various organization regarding The Mandarin to create a data file for Tony to use as a means of locating him.

S.H.I.E.L.D. primary headquarter the Triskelion was located in Washington, D.C. was shown in the film. HYDRA has exposed their infiltration to defeat threats to HYDRA including Bruce Banner and Stephen Strange. The expose led to SHIELD being declined.

Fury gave Coulson the Toolbox so Coulson can rebuild SHIELD.

S.H.I.E.L.D. personnel have access to an extensive array of cutting edge technology. A supply contract with Stark Industries ensures that they have some of the most advanced weapons and equipment available. S.H.I.E.L.D. maintains a fleet of Acura vehicles for the regular deployment of field agents and scientists. S.H.I.E.L.D. editions of the Acura MDX, Acura TL, and the Acura ZDX are painted in black and equipped with sophisticated surveillance technology. The military arm of S.H.I.E.L.D. uses a range of surface vehicles suitable for urban security, and aircraft with combat capabilities extending to fighter jets and helicopters. This branch also has exclusive access to previously unknown aircraft types. 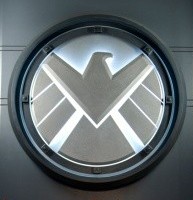 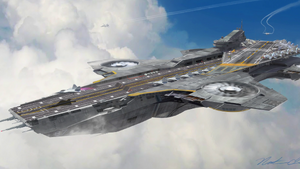