Wings instead of arms

Playing in a playground

SCP-020-JP, also known as Winged Human, is a Safe-class humanoid held in containment by the Japanese branch of the SCP Foundation.

SCP-020-JP was most likely created by the Japan Organisms Improvement and Creation Laboratory, or JOICL, an organization which experiments on humans and animals for their own goals and had designated her as T-003. She was created by combining human DNA with that of a Japanese crane and was apparently held in one of their laboratories for around 10 to 12 years before she apparently escaped or was released by JOICL and left in a forest. She was soon attacked by some crows for unknown reasons and because of her weak body she was unable to defend herself. Thankfully a group of university students who were camping near the forest found her and saved her from the aggressive crows. Seeing that they had saved her she was grateful to them and formed a strong attachment to one of the boys. They picked her up and began driving to a nearby hospital in order to help her, but were discovered during an inspection on an expressway. The SCP Foundation soon became aware of her and put her under containment.

She was designated SCP-020-JP and put inside a humanoid containment chamber in Site-8141, but shortly after being contained she became extremely stressed and refused any food given by personnel. They at first planned to use amnestics on her so she would forget about the students but the procedure was rejected due to losing potential information held by SCP-020-JP, and instead a Foundation doctor proposed to either employ the boy who had rescued her as her caretaker or have a personnel wear a mask of the boy since SCP-020-JP was unable to distinguish people. The Foundation then proceeded to cover her chamber's wall with cushions and furnished the chamber with potted plants in order to elevate her stress. To further help SCP-020-JP with her stress Level-2 personnel sent her to the indoor green space or playground once every three days, and she is given cereals and crushed vegetables as meals three times a day. However, due to her impulsive behavior she was forced to wear a harness affixed to a wall in order to prevent her from harming personnel or herself.

SCP-020-JP has the appearance of a girl aged around 10 to 12 years old. Instead of normal human arms she possesses crane-like wings which span approximately 3m. Because of her condition she weighs around 20kg and stands at a height of 1.3m.

SCP-020-JP is a hybrid of a human and a crane, being created through the fusion of the DNA derived from both specimens and because of this she has wings instead of arms and their bones are similar to that of a normal bird. Despite being developed to fly, SCP-020-JP is unable to fly at all as she failed all tests two of which resulted in her breaking her legs. Because of her hybrid nature she suffers from congenital malformations and osteoporosis which caused her to develop weak bones which are easy to break. She also lacks some internal organs which cause her difficulty in digesting food of any type.

SCP-020-JP currently has the mindset of a 4 year old child and refuses or is unable to talk to anyone. However, after a period of several months she was able to learn understand certain words and simple sentences such as when being told to walk, names of meals, and names of personnel who are assigned to her. After the university boy rescued her from the crows she formed a strong attachment to him and became extremely stressed when separated and put inside a chamber. The Foundation personnel tried to help her elevate her stress and allows her to freely play once in three days. 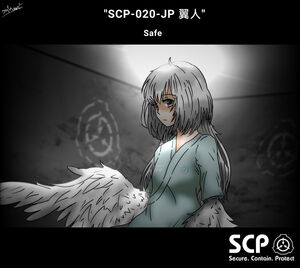 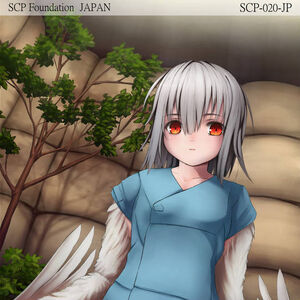 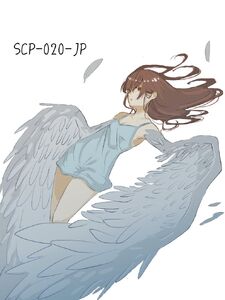 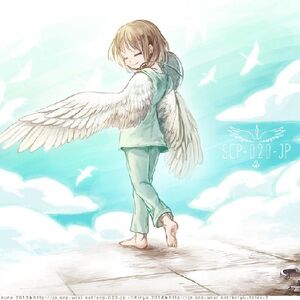 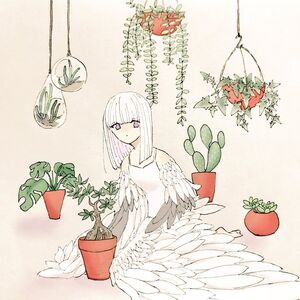 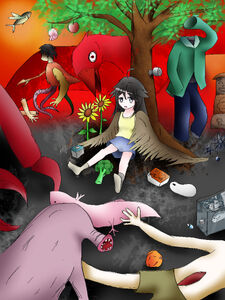 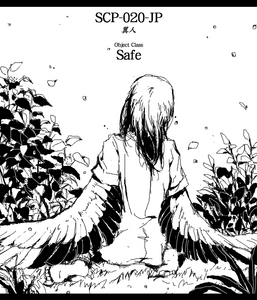 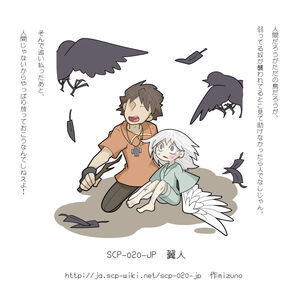 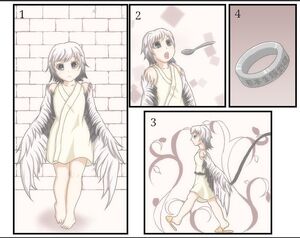 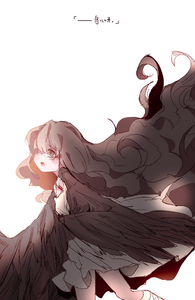