SCP-040, known under the alias "Evolution's Child" is an anomalous human SCP contained within the SCP Foundation.

SCP-040 is a young girl approximately 8 years in age and standing 1 meter (approx. 3 Feet and 3 inches) in height. She possesses numerous abnormal physical aspects, such as skin that is sensitive to light and brittle to physical contact, naturally pink hair which can fall out easily, and green-yellow heterochromia (different colored irises in eyes), in which the yellow eye has a black sclera, and is completely blind.

SCP-040 property involves the manipulation of matter of living organisms, which she can use to create new, unique organisms (dubbed SCP-040-1 by the Foundation). However, SCP-040 can't create said organisms with microscopic life and has difficulty with doing this with plant-based life. SCP-040 is capable of creating instances of SCP-040-1 with dead organisms, but must do so whilst combining living ones simultaneously. Once modified, SCP-040 can not further modify instances of SCP-040-1. Test revealed that as she grows older as her powers would increase, but she lacks total control over her powers as when she begins manipulating matter she would it unconsciously.

SCP-040 is shown to behave normally for an individual of her age group, showing slightly above-average intelligence; she is cooperative with Foundation personnel.

Instances of SCP-040-1 are shown to have behavioral aspects of normal household pets such as dogs and cats, but show loyalty to SCP-040, regardless of the material's original ownership. Appearances vary amongst said organisms, with some retaining pre-modified aspects, but most bear little to no resemblances to their original forms.

Under its standard containment procedures, most instances of SCP-040-1 created by SCP-040 are to be destroyed following creation and/or experimentation. However, under an agreement with the Foundation, SCP-040 is allowed to keep three instances as a form of company (and to an extant, as pets):

SCP-040 is paired with SCP-4259. It is show that she actually made the memetic entity nicer. 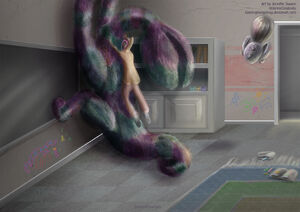 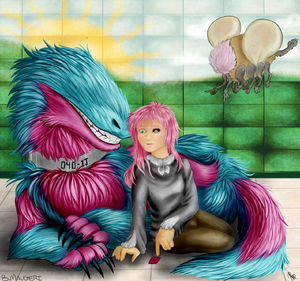 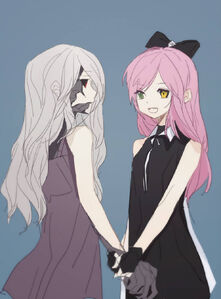 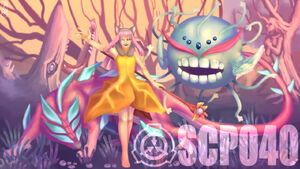 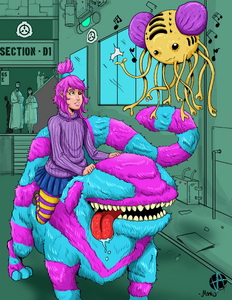 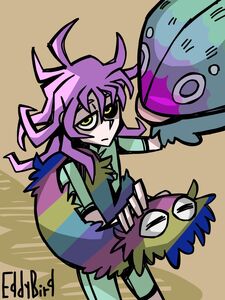 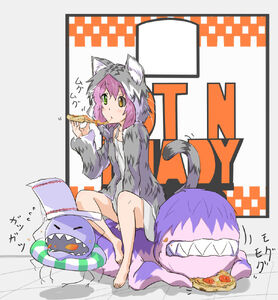 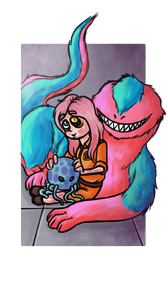 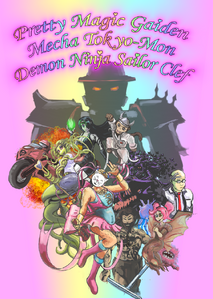 SCP-040 with other notable characters. 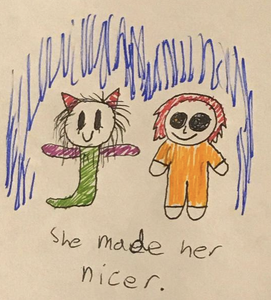 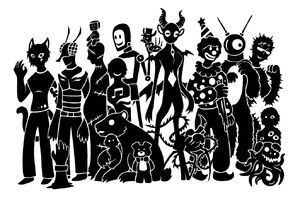 SCP-040 among other SCPs from "SCP Foundation March Madness Deathmatch". 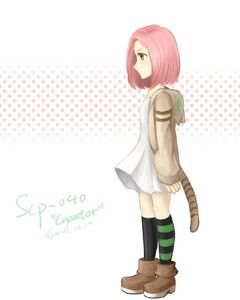 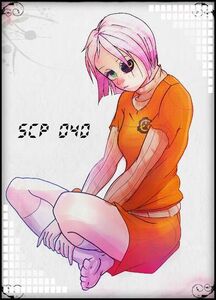