No information
SCP-105-C is a 16-year-old human SCP contained by the SCP Foundation. He is the protagonist and narrator of the SCP Foundation light novel Iris Through the Looking-Glass, and is considered an accessory of SCP-105.

SCP-105-C is a 16-year-old Japanese male with the ability to travel into parallel universes through photographs. When SCP-105-C touches a photograph, he is instantly brought into a parallel universe resembling the scene represented by that photograph. His ability appears intrinsically tied to that of SCP-105, who has the ability to retrieve him from photographs that he enters by pulling him directly out of them. When this occurs, any injuries or ailments sustained by SCP-105-C during his time in the photo world vanish. Furthermore, with the exception of SCP-105's universe, time freezes in all other parallel worlds that SCP-105-C is not currently present in. For example, despite being contained with SCP-105 for months, upon returning to his own world, SCP-105-C found that no time had passed.

SCP-105-C was originally a 16-year-old Japanese high school student. During his second year, SCP-105-C began to discover random photographs of a blonde American girl in any book that he opened. Upon interacting with one of these photos, SCP-105-C was drawn to the location of the girl, a secret facility of the SCP Foundation. The Foundation concluded that SCP-105-C was in some way connected to the girl, Iris Thompson, also known as SCP-105. Placed under the supervision of Dr. Bright, it was quickly discovered that SCP-105-C possessed the ability to seemingly enter any photograph by interacting with it, as proven when SCP-105-C touched a photograph of SCP-823 and was sent there. This also resulted in SCP-105-C seemingly being sent back in time, though it was found that he could not alter the events of history. This experiment also proved that only SCP-105 could retrieve SCP-105-C from the photograph realities.

From this point onward, SCP-105-C and SCP-105 began to share a room, and SCP-105-C was used in various experiments run by Dr. Bright to investigate previously discovered SCPs through photographs. Some of these investigations included SCP-517 and SCP-076. Over the months, SCP-105-C befriended SCP-105, and the two began to consider each other family. SCP-105-C also encountered many more SCPs at the site, including SCP-458, SCP-529, SCP-1048, SCP-914, SCP-131, and SCP-348. SCP-105-C also befriended other on-site researchers including Dr. Selkie and Dr. Goldman. Eventually, Dr. Bright concluded that SCP-105-C was actually from a parallel universe; SCP-105 had drawn him into their reality through their connection to one another. SCP-105-C chose to return to his own reality for the time being, though planned to return to go on more adventures with SCP-105. 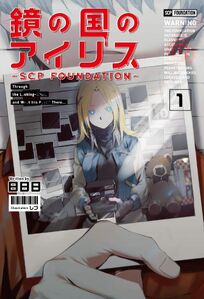 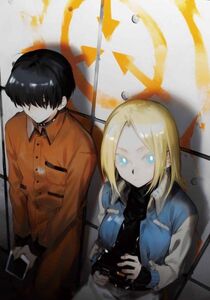 Retrieved from "https://hero.fandom.com/wiki/SCP-105-C?oldid=2237619"
Community content is available under CC-BY-SA unless otherwise noted.