The Old Man from Nowhere

Destruction towards any Human Civilization he comes in contact with.

Wandering around the wilderness

Destroy the Scarlet King (succeeded)
Get freed from his curse and finally die (ongoing, succeeded in tales)

SCP-1440, known by the alias "The Old Man from Nowhere", is a Keter-class, human SCP wandering in the wilderness that has not been successfully contained by the SCP Foundation. Despite being a Keter-class SCP, he certainly isn't evil by any means.

SCP-1440 is a male human of unknown age and ethnicity. From eyewitness accounts, SCP-1440 appears to have the physical appearance of someone in their 80s, and has not shown any signs of aging since coming into the Foundation's attention 50 years ago.

SCP-1440's property occurs whenever he comes in contact with a human civilization, dwelling, or man-made object and settles there for a period of a few days. After a considerable amount of time, an adverse effect consisting of an increasing amount of destructive events occurs to everything within SCP-1440's vicinity until either death or total destruction occurs. Only SCP-1440 and a handful of his belongings will be spared.

Despite its catastrophic effect on Human civilizations, SCP-1440 does not show any form of hostility towards humans. And will willingly allow itself to be contained or subdued if given the chance, even though all known attempts have proven unsuccessful thus far.

SCP-1440 is very much aware of his destructive property, and has thus vowed to try to avoid human populations as much as possible to avoid spreading unintentional doom, however his travel patterns are often times unpredictable.

SCP-1440 was discovered by the Foundation when it suddenly approached Dr. ██████ and requested for her to "destroy [him]"; Dr. ██████ agreed and brought him to Site-██. Soon afterwards, the site was destroyed, killing an undisclosed number of Foundation personnel and destroying six Safe and Euclid-class SCP's in the process. 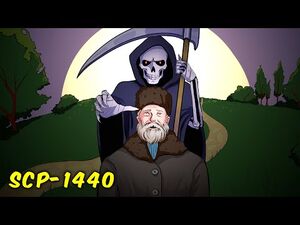 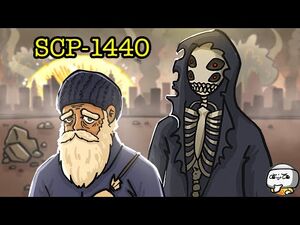 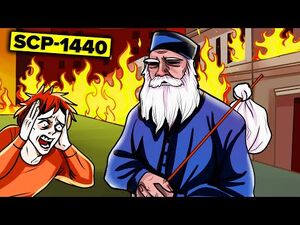