Teleporting to people in need (formerly).

Being used as mulch.

Help tired people by letting them rest on it. (formerly).

SCP-1609, also known as Remains of a Chair, is a Euclid-class living object currently under the possession of the SCP Foundation. It was formerly an anomalous chair that used its power of teleportation to help people who needed some rest before the GOC tried to destroy it, reducing it to a pile of wood fragments.

SCP-1609 was created by an unknown man only known as "The Carpenter" who created other anomalous furniture at the request of a client. Because it was made with the intent of helping people who needed to sit on chairs and rest SCP-1609 would teleport to that person and offer them to take a sit on it. However, both the SCP Foundation and the Global Occult Coalition became aware of it, and when its creator tried to send SCP-1609 and the other furniture to the client the GOC became involved and killed both the Carpenter and the client as it was their job to destroy anomalies that threatened to break the Veil of secrecy.

The group then proceeded to incinerate the furniture, but when it was time to destroy SCP-1609 the incinerator malfunctioned which left the operatives to instead use a woodchipper to destroy the chair. Although the chair was reduced to a pile of broken wood it still retained its sapience and soon developed a deep hatred towards the GOC for this which led to it teleporting its fragments inside the lungs of the operatives responsible, slowly killing them from the inside. The GOC then tried other ways to kill it, but SCP-1609 was able to escape and fled into an unused containment cell at the Foundation's Storage Site-08 since it knew that the SCP Foundation was more benevolent than the GOC.

Under their containment, the Foundation was able to see the mental state that SCP-1609 was in after its horrible experience at the hands of the GOC, and so they decided to pacify it by using it as mulch for a flower bed where beautiful flowers began to grow. In order to keep SCP-1609 in its peaceful state, the personnel stationed at the site were to complement the beauty of the flowers and the mulch used for them, and anything pertaining to the GOC was banned from the site. As the Foundation had no real way of completely containing SCP-1609 due to its teleporting power, all they could do was to gently encourage it to remain at its place and not harm any innocent people, which was rare since SCP-1609 remained in its confinement on its own accord and very rarely attacked people without provocation.

When D-939668 began interacting with SCP-1609, the anomaly recognized him as a worker who helped create several GOC facilities, but before it could attack him SCP-396, a chair that displaces itself and another chair on earth at random intervals, displaced itself with SCP-1609. After the incident, SCP-1609 was safely returned back to the site, while D-939668 was spared.

When SCP-001 (Kalinin's proposal) began manipulating the anomalies on earth in order to make human life miserable, it turned SCP-1609 into the living pile of the shredded remains of former chairman of the Board of Mecklenburg Nuclear Energy GmbH Gerhard T. Kühn, which used its teleporting powers to directly attack any person it encountered.

Following the success of the cross-testing of anomalies at Site-100, SCP-2305, a sheaf of US Letter papers that produces horribly failed neutralization proposals, was put in close proximity with SCP-1609. This combination resulted in the produce of attempts at neutralizing anomalies by the GOC which had gone horribly wrong, with several documents retelling the attempted destruction of SCP-1609, which appeared to further pacify it. The Foundation also considered to supply the GOC with the new instances of SCP-2305-A in order to avoid future incidents.

SCP-1609 was originally a large chair comprised of varnished oak and bleached leather, and carved in the form of a reclining woman in a restful state. After the GOC attempted to destroy it via the use of a woodchipper SCP-1609 was reduced to a pile of splinters, wood chippings, steel furniture nails, and scraps of bleached leather and fabric.

SCP-1609 was shown to have been a benevolent being who wished to fill its purpose and help tired people who were unable to rest by offering them to temporarily sit on it, until moving on to another person in need. However, after its horrible experience at the hand of the GOC, SCP-1609 developed deep paranoia and hatred towards the GOC, using its powers to kill any operative of the group that it encountered.

Knowing that the SCP Foundation was more benevolent than the ruthless GOC, SCP-1609 decided to surrender itself to them and allowed them to take it under their custody without any problem. In order to help it with trauma the Foundation decided to use its mass as mulch for some beautiful flowers in order to give it another purpose in life, and every time personnel were in its containment chamber they would marvel at the beauty of the flowers and of the mulch.

SCP-1609 became once again peaceful around the Foundation personnel and refused to breach containment, opting to instead be used to grow flowers and serving a purpose of helping any human as much as possible, although when faced with something threatening it or related to the GOC it would become alarmed and attack the individual responsible before calming down.

SCP-1609 possessed the ability to teleport anywhere it wanted within an unknown radius. After being reduced to a pile of broken chair fragments, SCP-1609 retained this power and was able to use this new state through different ways such as teleporting its parts inside the lungs of its enemies, and splitting its mass to different points, although it rarely did any such thing. SCP-1609 was also shown to have a near-human understanding as it was able to recognize people from their appearance and also memorized the layout of the site that held it. 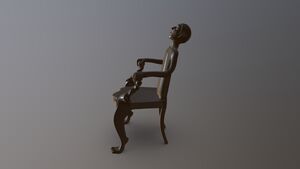 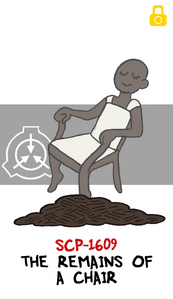 SCP-1609 before and after the GOC's attempted destruction. 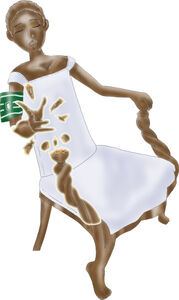 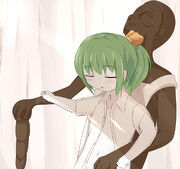 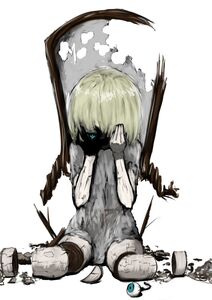 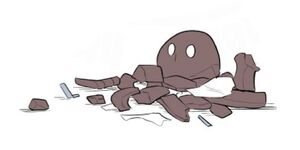 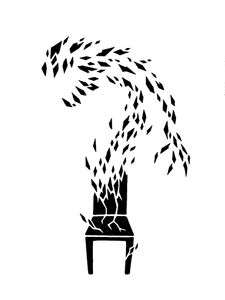 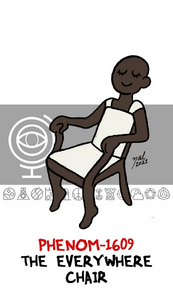 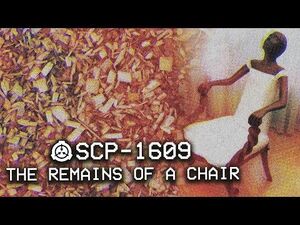 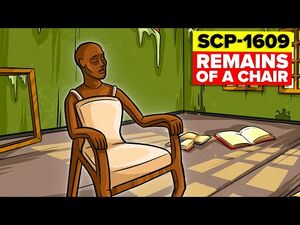