Flying around and interacting with Humans.

Restore humanity's belief in them. (failed)

SCP-1762-2 is the designation given for entities that emerged from SCP-1762-1, a formerly Safe-class, now Neutralized SCP contained within the SCP Foundation.

They resemble dragons from both Western and Eastern cultures and are made entirely of Kami-type origami paper. Instances vary in size between 9 to 30 centimeters (approx. 3.5 to 11.8 inches).

During one of SCP-1762-1's events, instances of SCP-1762-2 will fly out of the box at speeds of roughly 15 kilometers per hour (approx. 9.3 miles per hour) at numbers ranging between fifty to over four hundred instances (with some exceptions). After spending roughly two to three hours interacting with individuals, they will then return to SCP-1762-1 (which will indicate when it is time to return by emitting smoke). Once all instances of SCP-1762-2 have disappeared passed SCP-1762-1's rim, the box will close and cease activity until the next event. Times between events are always random and inconsistent.

Specimens of SCP-1762-2 are described as being very playful and peaceful towards humans, and love to interact with them.

During the "Jabberwocky Event", messages released from SCP-1762-1 revealed that SCP-1762-2 was at conflict with various hostile species and that they were trying to protect their special relationship with humans (which the other species viewed as inferior).

Sometime in the early 2000s, SCP-1762-1 began experiencing a number of strange phenomena dubbed by the Foundation as "The Jabberwocky Event" that lasted for almost an entire year.

In 2004, SCP-1762-1 warmly greeted the Foundation and began its period of events as normal with large numbers of SCP-1762-2, each began interacting playfully and peacefully with Foundation personnel.

By 2005 however, fewer instances of SCP-1762-2 began to appear, and overtime, it was revealed why: the world that SCP-1762-2 lived in was at war with what they described as "giants" and "elves", which had hostile views towards humans, and wished that the containment area where SCP-1762-1 was stored was "bigger", eventually war broke out in this world (indicated by a single instance of SCP-1762-2 emerging before dying and SCP-1762-1 emitting smoke that was larger and more violent than before, alongside damaged specimens of SCP-1762-2 that died shortly after their expulsion).

Eventually, a message was released from SCP-1762-1, which revealed that the world that SCP-1762-2 had lived in was "gone", eventually the message "HERE BE DRAGONS" on top of SCP-1762-1 were replaced with "HERE WERE DRAGONS" and SCP-1761-1 ceased activity for good.

Nearly eight years after all activity ceased in SCP-1762-1 and instances of SCP-1762-2 were last seen, a book was released from SCP-1762-1 (dubbed 1762-BOL-1 by the Foundation) which contained information about the various different species of SCP-1762-2, which were all listed as being extinct, as well as an amethyst reading "One Last Time", afterwards SCP-1762-1 began emitting smoke once more for forty minutes before ceasing activity once more. When an attempt was made to pick it up by the head researcher Yoshihiro Takenaka, the box disintegrated.

Since the incident, the remains of SCP-1762-1, as well as three deceased specimens of SCP-1762-2 are kept in Takenaka's office as a commemoration to the peaceful species, which as since been reclassified as "Neutralized".

SCP-1762-2 appear in the Unity Remake of SCP: Containment Breach. If the player unlocks SCP-1762-1 using an argon three instances of SCP-1762-2 will emerge from the box soon followed by a multiple others flying around their containment chamber. If the player reloads the game or goes a sufficient distance away only the three first instances will remain. It was planned for SCP-1762-2 to aid the player in future updates before the game was closed down. 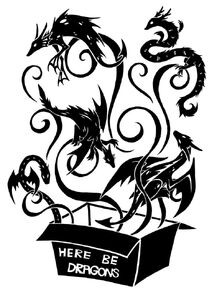 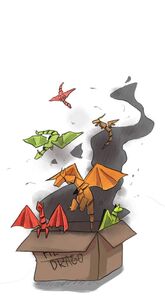 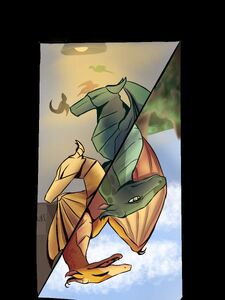 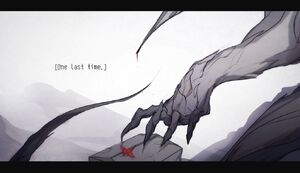 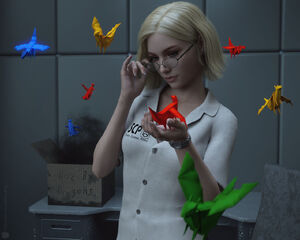 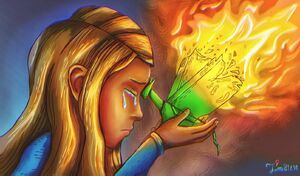 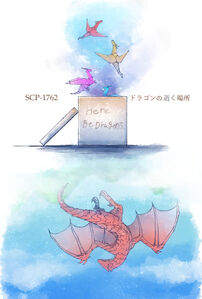 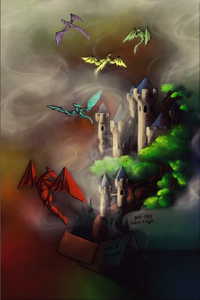 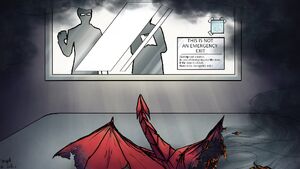 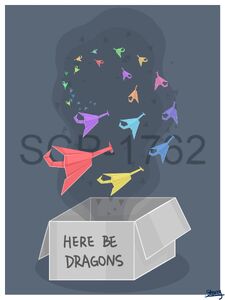 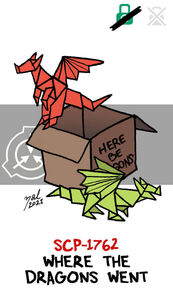 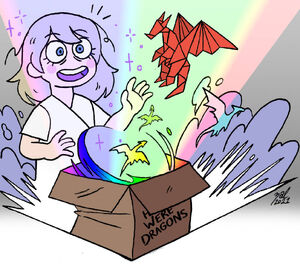 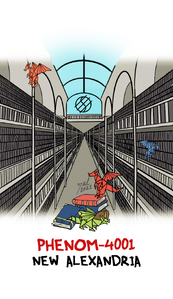 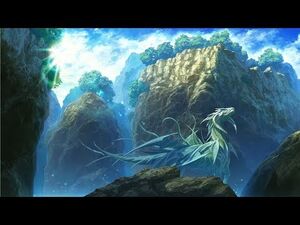 Exploring the SCP Foundation- SCP-1762 - Where the Dragons Went 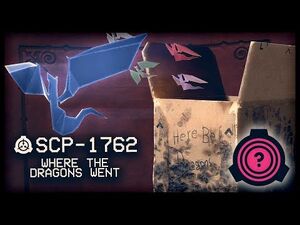 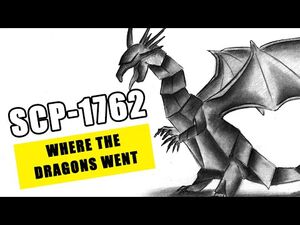 SCP-1762 illustrated (Where the Dragons Went) 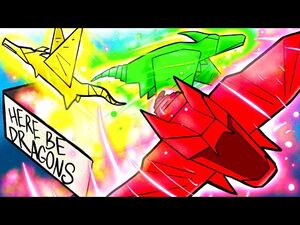 Where The Dragons Went... (SCP Animation) 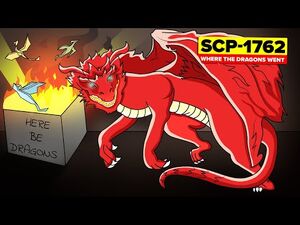 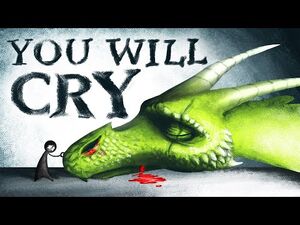