Telling stories about his adventures

Explore the world and its mysteries. (succeeded this far)

Share his discoveries with the Foundation and possibly the world. (ongoing)

SCP-1867, known by the alias Lord Theodore Thomas Blackwood, is an Esoteric-class SCP contained within the SCP Foundation. He is a famous adventurer who explored various places in the universe of the SCP Foundation and encountered many anomalies before being transformed into a sea slug. He is the main protagonist in "The Adventures of Lord Blackwood, Explorer and Gentleman" series.

SCP-1867 is a specimen of the species Nembrotha kubaryana (Variable Neon Slug), measuring 11.7 cm (approx. 4.6 inches) in length. Other than its bright colors, it does not display any physical anomalies.

SCP-1867 displays the abnormal property of telepathic communication, in which it can speak to anyone through their minds. When performing this process, SCP-1867 identifies itself as an explorer and naturalist named "Lord Theodore Thomas Blackwood". Upon discovery, Foundation staff failed to verify of any such individual in various municipal archives.

SCP-1867 is friendly and cooperative towards Foundation personnel. When he speaks to staff, it is often described as matching the style of speech of that of a late Victorian gentleman.

In addition, he has proven himself to be very knowledgeable in his studies. Despite lack of validity of its findings, SCP-1867 provides in-depth detail about the geography, botany, zoology, archeology, anthropology, and linguistics, as well as the more arcane mythology, mysticism, and cryptozoology of his adventures and findings, often times through stories he tells to Foundation staff.

However, SCP-1867's main weakness is his adaptability to present-day culture and technology, as he will often express ignorance or unfamiliarity to objects or events that were created or occurred before roughly 1910.

It is unknown exactly when SCP-1867 was discovered by the Foundation, but at a undisclosed period of time after its initial discovery, the Foundation became suspicious about the validity of SCP-1867's exploits, and requested proof. SCP-1867 provided details about a location near █████████, England, and stated that whatever discoveries the Foundation found there, SCP-1867 would be "more than willing to donate [its] collection." The description of the location led the Foundation to a cottage occupied by a woman named Ms. █████ ███████████, who claimed she was "keeping the house for Lord Blackwood", beyond that she did not provide any further information besides those previously stated by SCP-1867. Ms. █████ ███████████ died five days later due to heart failure, taking away any further information she knew to the grave.

Upon further investigation of the cottage, the Foundation found a secret, underground vault containing previously unknown artifacts, uncharted specimens, and even an outdated, but still operational laboratory. Over a course of three weeks, the vault was cleared and the contents were transferred to one of the Foundation's sites.

One day, for unknown reasons, every single anomaly which ever existed was either neutralized or normalized, much to the shock of all of the GoIs. This also included SCP-1867 who became a normal sea slug with no abnormal powers or behavior. 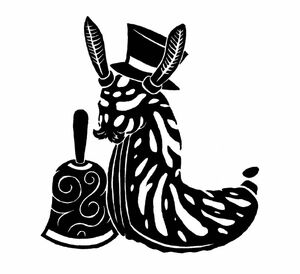 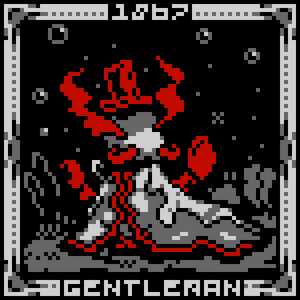 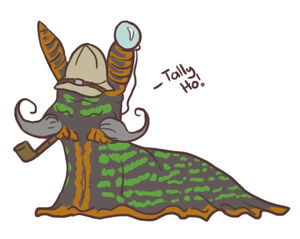 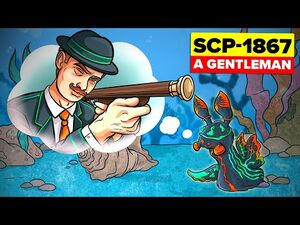