To be rid of her powers.

SCP-187 also known as Double Vision is a young woman contained by the SCP Foundation with the ability to see into the future.

SCP-187 is a Caucasian female, early to mid 20s, 180 cm tall, weighing 40 kg (approx 88 lb). She is recovering from the effects of severe malnutrition. She suffers from severe PTSD, due to see the deaths of others and from certain experiments with her fellow SCPs. She has gone as far as to attempt to blind herself to be rid of her ability.

She possess the ability to see both the current and the future state of anyone or anything she looks at, be it a scientist or a fellow SCP. She can use these powers to get the answers to written test, but it doesn't work on computerized test. She can't turn this power off, for example, she sees food after it is digested, which led to her being malnourished.

After being introduced to 003, 187 spoke to it like it was a person and referred to it as a "nice lady".

After nearly being attacked by 106, she was spared, only because the sadist wanted her to use her powers to see the future state of his victims.

When witnessing him, she screamed and fainted. She admits she doesn't remember what she saw from her vision.

She met SCP-343 during a cross test. They talked for a half hour about general topics. SCP-187 thought he was a little girl and called him friendly but lonely. It is possible that 187 actually saw 239, and 343 is a creation of 239 after she was introduced to the concept of God.

Upon encountering Josie, 187 played with her and didn't appear to see anything wrong with her.

She is mentioned by Watch during his interview with 343. Watch notes that she saw him as a little girl and 343 admits this might mean he takes that form in the future, given the nature of her powers. 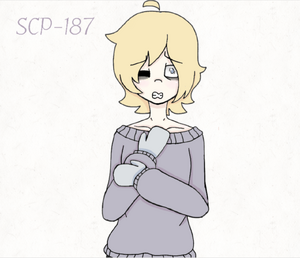 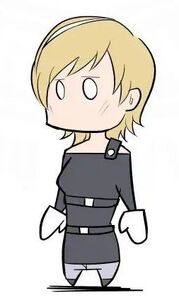 SCP-187 as she appears in Oversimplified SCP. 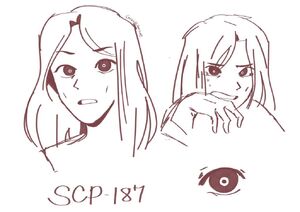 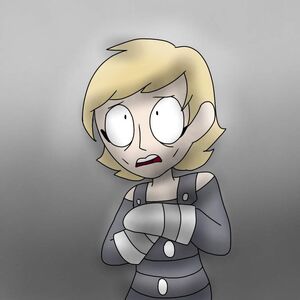 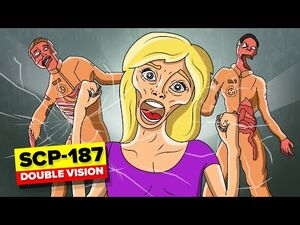