The Forensic Ghost Of Tupac Shakur

SCP-2137, also known as The Forensic Ghost Of Tupac Shakur, is some mysterious entity under the guise of the ghost of the late rapper Tupac Shakur, currently possessing a CD which contains Shakur's album "Me Against The World" in which it is able to manipulate track seven in order to inform the listener about the culprits of any unsolved murders. It was initially classified as Euclid and then reclassified as Keter by the SCP Foundation due to the problems it was causing before reclassifying once again as Thaumiel after it has proven its benefits and that it truly wants to protect humanity.

The entity that would possess the CD of Shakur's album "Me Against The World" and become known as SCP-2137 was some sort of a god-like being, possibly a pagan god of justice, who sought to protect humanity from the injustice and the evil. It appears that this entity had some sort of connection to the rapper Tupac Shakur as during an interview that happened two years before the rapper's death Tupac informed the public in an interview that when he died he would secretly live on and use his music to protect humanity from evil.

Following Tupac's murder, SCP-2137 began speaking to a man named Avon Lincoln who originally owned the CD, and told him about District Attorney Michael Ferris who had killed six people over the summer of 1996 and became known as the Ojai Strangler. Thinking that the ghost of Tupac was speaking to him from beyond the grave Lincoln hunted down Ferris and successfully killed him instead of informing the police since Ferris' position as district attorney would have prevented a fair trial. Following Lincoln's arrest, the SCP Foundation became involved and were able to deduce the CD's anomalous nature and took it to Site 23 while administering amnestics to everyone involved, including Lincoln who was released back into public. Under their custody the Foundation experimented with SCP-2137 and used it to tip off police which helped them resolve a great numbers of cold cases.

However, after some years of continued usage, the Foundation decided to stop using SCP-2137 to solve crimes due to forced interaction with the public which would cause a Broken Masquerade scenario. SCP-2137 became angry at this and directly spoke to personnel about their cruel indifference. This caused the Foundation to discover its sapient nature and decided to halt their experiments on it. Seeing that they refused to listen to it SCP-2137 uploaded a video on a musical band's YouTube channel in which SCP-2137 in Tupac's voice explained to the viewers through the song about an SCP and the way it could be broken free and directly addressed to the members of the O5 Council by their real names while the video displayed an authentic photo of Tupac in his forties wearing a D-class jumpsuit and raising his middle finger. The Foundation then sent multiple task forces on some continents to erase all leaked information and administer amnestics to the viewers, but while that was going on SCP-2137 uploaded an entire album on Beyonce Knowles' iTunes account titled "XK Scenario" and featuring songs that described several Keter-class anomalies currently contained which caused further problems for the Foundation who barely contained the incident. After that a heated debate ensued on how to deal with SCP-2137 but it came to an end when SCP-2137 took control of a sapient anomaly and through their mouth it demanded to personnel to resume using the CD to solve crimes and in turn it would help them with their own problems. The Foundation became convinced and decided to resume testing on the CD and use the gathered information to help police catch criminals.

During this time with the help of SCP-2137 the five task forces stationed at Site-515 were able to discover several more SCPs, bring down various dictators and tyrants, catch several reality benders from Three Portlands and Lamplight (SCP-5005), and end nearly 30,000 murderers who didn't even make it past their third victim which prevented further loss of human lives. After seeing the great benefits that SCP-2137 had provided to the Foundation and human life in general, Site director of Site 515 Gwen Pristine convinced the O5 Council to reclassify it as Thaumiel but not before providing them a video of the interview.

Following the success of the cross-testing of anomalies at Site-100, SCP-2137 was given to an instance of SCP-2884-2, riot gear armored humanoid entities stationed in the United Kingdom where after seeing potential criminal acts through CCTV cameras designated of SCP-2884-1, would manifest near the executors of the suspected acts and punish them. This combination resulted in SCP-2884-2 discarding SCP-2884-1 and use SCP-2137 to properly punish actual evil criminals.

SCP-2137 was a compact disc of Shakur's music album "Me Against The World" which was produced shortly after the album was released. From its appearance it looked exactly identical to a normal CD of the album with no remarkable appearance. Because of its value Foundation personnel regularly clean it in order to keep it functional.

SCP-2137 has proven to be aware of any crime that had gone unsolved and any evil criminal who gone unpunished, possibly suggesting some form of omniscience. SCP-2137 was able to describe what really happened regarding the crime and the current whereabouts of the culprit through SCP-2137-1, made up songs featuring Tupac's voice, designated SCP-2137-2, which replaced track 7, "Heavy In The Game", and would sometime also feature fellow singers such as Snoop Doggy Dogg, Nas, No Doubt, Everclear, Weezer, Busta Rhymes, Chris Brown, Katy Perry, Lil Wayne, Lady Gaga, Rihanna, the Ying Yang Twins, Drake, Neon Trees, Jet, Jay-Z, Kanye West, Eminem, Phil Harris, the Andrews Sisters, Frank Sinatra, Buddy Holly, The Who, Elvis Presley, Diana Ross, and The Beatles.

However, SCP-2137's power was not restricted to the CD as after the Foundation ceased using it, the entity was able to upload an instance of SCP-2137-1 on a musical band's YouTube channel, and an entire album on Beyonce Knowles' iTunes account, in which it showed its knowledge about the Foundation, its overseers and some of their anomalies. After that SCP-2137 was able to speak in SCP-2137-2 through another sapient SCP who fell in a trance state. Given to these showcase of abilities it is unknown why the entity decided to solve crimes through the CD instead of manipulating people into stopping crime. It is even hinted in one of its songs that it is capable of manifesting itself on Earth and directly approach the SCP Foundation with its full power.

Due to its enigmatic nature, SCP-2137's true personality is generally unknown. However, it is apparent that it wants to bring justice to those who committed evil crimes to innocent people. In Tupac's voice it informed people who listened to its songs about unsolved murders and the culprits behind them in order to indirectly punish them and keep their terror and evil deeds from affecting others. SCP-2137 appeared to be determined in its objective to go after unpunished free roaming criminals and would not stop no matter what. This became apparent when SCP-2137 became angry at the Foundation for not using it and allowing criminals to evade justice, and so it decided to leak classified information to the public that would cause an XK-class scenario to occur, although it is possible that SCP-2137 expected the Foundation to solve the problem and proceeded to force personnel to use it to catch criminals. In an interview it is revealed that SCP-2137 wants to protect humanity from any form of evil and assures them that it will be by their side and use its music to always keep them safe. 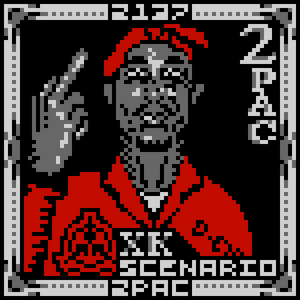 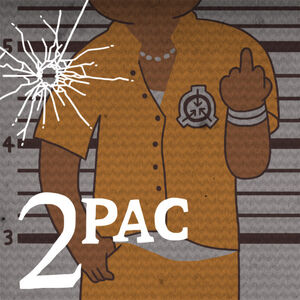 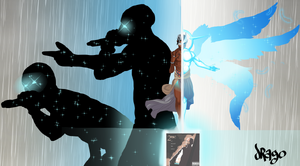