Going on his computer

SCP-2662 is a humanoid entity contained by the SCP Foundation originally as a Euclid class anomaly but then reclassified as Keter due to corrupting random humans into people who worships him as their one of the only god. However, while SCP-2662 is a dangerous anomaly, he is actually a creature that just wants to live a normal and quite life, and turned himself into the Foundation's custody for his safety.

SCP-2662 was the child of a malevolent sex god who desired sacrifices. His father tried to get his son into being worshipped and demanding violent sacrifices and sexual rituals, but SCP-2662 despised all of this and eventually confronted his father and told him he was an atheist. Upon his father learning that his son didn't worship decided to curse him by having him involuntarily infect the minds of random beings through dreams and turn them into fanatic worshipers. SCP-2662 attempted to run away from his newfound worshippers, but seeing that he was unable to hide from them he sought the help of the SCP Foundation and went under their custody. They put him inside a an enlarged humanoid containment unit and was allowed to read daily newspaper, and play computer games, while Task Force Tau-9, also known as "Belligerent Bodyguards", protected him from incoming cult attacks.

During his time under the Foundation care, numerous cults had infiltrated and attacked the site where SCP-2662 was contained. In the seventh incident, while SCP-2662 was taking a shower before going to sleep a cult named "Towards Hymn" broke inside his containment unit and began using their blood and sexual fluids to write some symbols on the walls and SCP-2662's body. SCP-2662 began to gag at this sight and pleaded to the cult to stop, while complaining that he had just taken a shower before the Task Force arrived to apprehend the cult and moved 2662 to a temporary unit until his own unit was repaired. On the thirteenth incident, the cult named "The Betrothed" replaced several personnel members and entered 2662's unit while he was having breakfast. They then proceeded to castrate a piglet before slitting its throat and throwing on the table, causing great discomfort to 2662. Then the cultists posing as the guards killed the one posing as a researcher and began devouring her, which caused 2662 to become sick and vomit into his toilet while the Task Force arrived to detain the cultists and move 2662 to a temporary unit.

In the latest incident, it was revealed that during his stay 2662 had affected two members of Task Force and several D-Class personnel. The brainwashed personnel proceeded to send the majority of the Task Force to supposed off-site mission, while planning to help 2662 escape his containment chamber. After entering his chamber they woke 2662 up and upon his awakening the two Task Force members undressed the present D-Class personnel and carved their bodies. The undressed D-Class then began engaging in group sex, causing 2662 to become disgusted at this and ordering them to stop. The cultists seemed to at first understand his orders, leaving 2662 to ask them what was going on. On of the Task Force members responded that after the completion of the ritual they would send him into their sacred chambers where their entire families would serve for eternity, but 2662 replied that he could leave the site whenever he wanted and if the Foundation didn't let then he would wait until he became strong enough to break out on his own. As the cultist resumed their activity, 2662 went to his bathroom and after turning on the shower's water proceeded to sat in the shower stall until the Task Force arrived to detain the cultists. In light of this, SCP-2662 was reclassified from Euclid to Keter.

One day, 2662 received a modified copy of SCP-2527-2, a video game Massy's Big Chance, Multiplayer Edition. As he began playing the game he met a fellow player, SCP-1171-1, a misanthropic alien from an alternate dimension. As they kept playing together 2662 and 1171-1 became friends and soon began opening to each other. After 2662 expressed his frustration and despair over his father's curse 1171-1 offered to emotionally support him, but as 2662 accepted the offer 1171-1 sent gruesome images of itself and a snail it killed. 2662 immediately became horrified at this and asked it was doing this and 1171-1 proceeded to reveal that it was also affected by 2662 and had become another of his worshippers. 2662 became furious at this and immediately closed the game and gave it to the Foundation along with screenshots and transcripts from his time playing the game.

SCP-2662 was approximately 4 meters in height and 200 kilograms in weight. SCP-2662 appeared to be in a vaguely humanoid shape, with approximately 20 additional muscular hydrostats in similar structure to cephalopod limbs attached to its back. These limbs are fully functional and allow SCP-2662 to perform up to 10 different tasks at once.

SCP-2662 is believed by many of his followers (who were influenced by his powers) to be a god that is extremely omnicidal, cruel, ruthless, and display extreme superior complex towards others that loves nothing more than blood, chaos, sacrifice, and ritual-related things.

However, in reality, SCP-2662 is different from the rumors of his followers, SCP-2662 is most likely an average-joe, he is kind, joyful, loves playing video games, and is very cooperative, he is helpful, and is the polar opposite towards what his cult believes in him.

SCP-2662 display extreme unsatisfaction, wrath, distress, disgusted and is extremely uncomfortable whenever he is around with his cult, especially when they are under his influence so-bad that they perform sexual, or violent acts inside of his containment cells.

SCP-2662 is cognitohazardous entity and as a result could apply false precognitions and false information within dreams into random humans on the outside world, which was also the source of those cultists who misjudge him as an almighty god that would soon bring destruction, despair, and chaos to the world their living in.

SCP-2662's primary anomalous effect only occured after long-term repeated exposure, usually by being in the same room as or interacting daily with SCP-2662. Subjects exposed to SCP-2662 for a period of 6 months or longer were at risk of becoming acutely aware of SCP-2662's wants or needs and were compelled to fulfill them; they may have also suffered from quasi-psychotic episodes when under stress. SCP-2662 was unable to affect humans that have a 2 or higher MARS (Mind-Affecting Resistance Scale) score.

SCP-2662's secondary anomalous effect was the spontaneous generation of religious followings at an approximate rate of at least once a month. This generation was involuntary and caused SCP-2662 notable distress.

Religious groups generated by SCP-2662 usually focused on attempting to break into its containment unit in order to perform various rituals that were violent and/or sexual in nature. These groups tended to be highly organized and appear to adapt to each failed attempt, despite there being generally no contact between different generated religious followings. 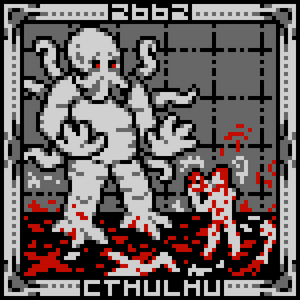 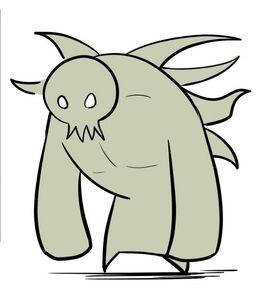 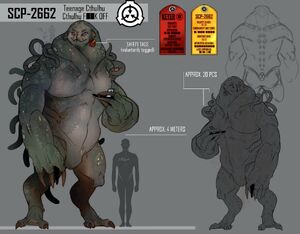 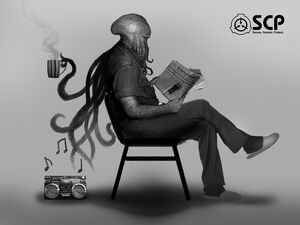 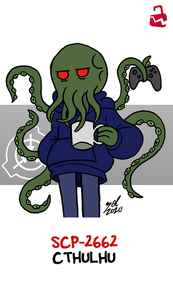 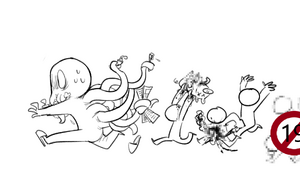 SCP-2662 fleeing from his followers. 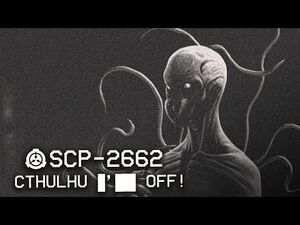 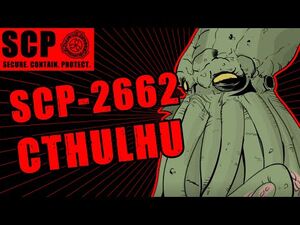 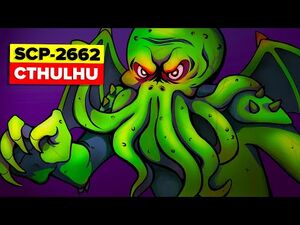