Helping those in need

To become a superhero (partially succeeded)

SCP-2800, real name Daniel MacIntyre, and currently known under the alias "Cactusman, the Spiked Menace", is a character in the SCP Foundation Mythos. He is human who was mysteriously transformed into a cactus hybrid and was determined to use his newfound powers to do good in the world before being contained by the SCP Foundation as a Safe-class anomaly.

SCP-2800 is a male human of Scottish descent, he has brown hair and green eyes and stands 187 centimeters (approx. 6 feet, 1 and 1/2 inches) and weighing 76 kilograms (approx. 167.5 pounds). His DNA is infused with a genome from the saguaro cactus and possesses many physical properties across his body relevant to the plant as a result.

In addition to the aforementioned properties, SCP-2800 has been diagnosed with dysthymia (chronic depression) and "hero syndrome" (the unrelenting urge to assist others no matter the risks).

As mentioned above, SCP-2800 suffers from dysthymia and "hero syndrome". Both disorders are believed to be connected in some way, as the latter acts as a means to prevent the former, and as a result, SCP-2800 frequency goes through numerous mood swings and has been placed under "suicide watch" by the Foundation.

To counter the depression, the Foundation have placed various potted cacti within SCP-2800's cell and allow him to assist Foundation personnel whenever granted the chance as a means to boost his morale.

Daniel Maclntyre, by his own account, he just awoke with his powers one day. After gaining his powers, he decided to become a super hero and fight criminals, but got beat up constantly. However, he persevered despite his struggles, and eventually began to find some success in using his powers to fight crime.

According to an old surveillance tape from a subway that Daniel was known to have lurked around prior to its containment. The tape showed Daniel successfully fighting off a criminal who was threatening to rob a mother and her child who then thanked Daniel for saving their lives before he disappeared.

Sometime after the tape, SCP-2800 was encountered and contained by the SCP Foundation. Unlike most SCPs, SCP-2800 was captured by the Foundation by accident, who were at the time, tracking down a completely different SCP, which SCP-2800 attempted to assist in capturing. He was convinced by the Foundation to willingly surrender himself to their custody and was designated SCP-2800. In order to help him with his mental illness, the Foundation had him take therapy sessions along with organizing staged acts that made him believe that he was helping the Foundation which proved to greatly improve his mental health.

One day, during an attack by the Chaos Insurgency on the site SCP-2800 was located, they decided to kidnap SCP-2800 from the site since he could help them deal with a problem they had. After being brought to an Insurgency base SCP-2800 was approached by two Insurgents who also possessed anomalous capabilities, named Alexandra Radcliffe and Zacharie Langley. They explained to him the nature of the Chaos Insurgency and its "noble" actions and told that he was here in order to deal with a problem with a cactus monster that the Insurgency had encountered. Despite the two Insurgents trying their best to make themselves appear as the good guys and wanting to befriend him, SCP-2800 constantly felt uneasy and wasn't really convinced. Despite this, he begrudgingly agreed to help the Insurgency for the time being as long as he could help people.

In the Confinement YouTube series SCP-2800 briefly appears in the fifth episode as one of Connor's roommates which also includes SCP-007. 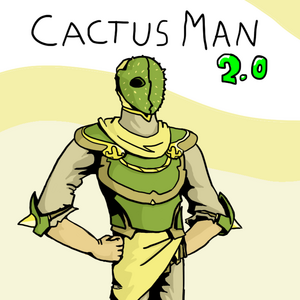 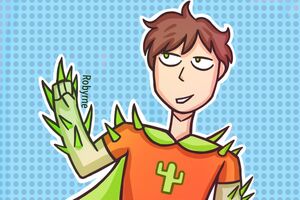 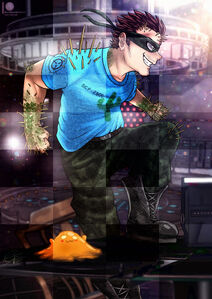 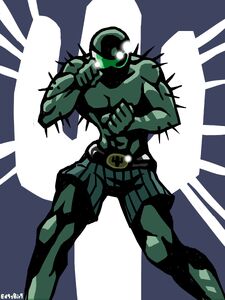 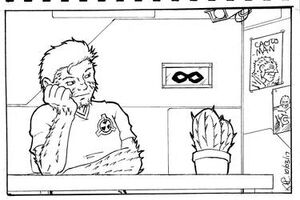 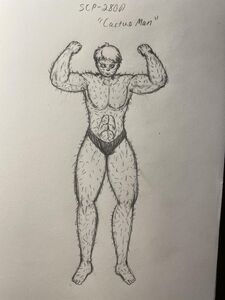 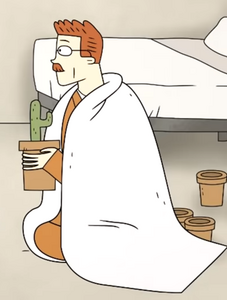 SCP-2800 as he appears in Confinement. 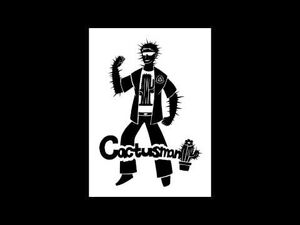 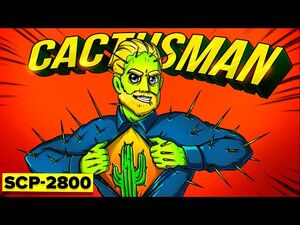