Children of an orphanage (formerly)

SCP-2980-1 is a Class V Corporeal Humanoid Entity linked to a Safe-class object designated SCP-2980, a lightbulb with a smiley face on it currently contained by SCP Foundation. The lightbulb is capable of summoning SCP-2980-1 who then proceeds to tell a bedtime story to anyone present in the room containing SCP-2980.

SCP-2980-1 was a demon who tortured the souls of the people who had arrived in hell. However, as thousands of years went on SCP-2980-1 got tired of causing endless torture and eventually decided to abandon his job and look for another activity. Since he had perfected his writing ability he decided to created bedtime stories based on his life experiences. Some of the stories he wrote included: The Tired Little Eldritch Abomination, The Little Demon Space Cadet, Sleepy Time With GROG THE UNSPEAKABLE, Bedtime for Baby Beelzebub, Damnbi, The Little Monstrosity's Early Bedtime, and an unknown tale featuring personal information regarding another SCP. He then created the lightbulb which would be designated SCP-2980 and left it to an orphanage. There, when SCP-2980 was plugged in and turned on around 20:30, SCP-2980-1 manifested himself in the orphanage and told his stories to the children, helping them to sleep better so they wouldn’t be tired.

However, the SCP Foundation found out about this and got hold of SCP-2980 and brought into Site-81. When personnel allowed him to manifest Dr. Randall interrupted his story and requested for an interview. SCP-2980-1 accepted and answered Randall's questions about his origin and motives. During a routine testing, when 2980-1 began to tell the story of The Little Monstrosity's Early Bedtime which was about a monster trying to return to its mother and brethren, an SCP which matched the monster's description in the story tried to breach containment which resulted in grave damage. Because of this, Randall questioned 2980-1 about the incident and the demon answered that he simply wrote what he knew and that he was trying to take his writing to a new direction since he couldn’t please the whole audience. Currently, SCP-2980 is kept inside a locker where is unable to activate and is only activated when testing it.

SCP-2980-1 was described as a large human with a normal human face, torso and arms, but also possessed hooves, dark red skin and curled horns typical for a demon. While reading SCP-2980-1 will wear a pair of spectacles.

The true extent of SCP-2980-1's powers is unknown, but it is shown that he is capable of teleporting himself when SCP-2980 is plugged on around 20:30 and can induce sleep to people hearing his stories, either during the storytelling or immediately after the story is over. SCP-2980 is shown capable of activating regardless if the wall socket has electricity or not, and also causes all lights present in the same room to dim until SCP-2980 is the only light in the room.

Despite being a demon who had tortured souls in hell, SCP-2980-1 is shown to actually be a benevolent being. After being tired of causing torture he decided to leave this job behind and instead focus on telling stories to children so they could sleep better and be more energetic the next. He doesn't wish to harm anyone, but on the contrary wants to help people in his own way. 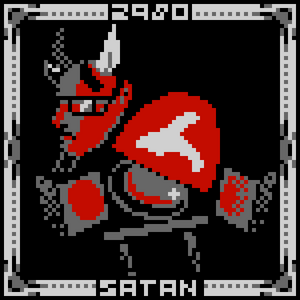 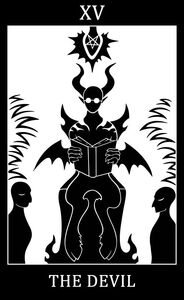 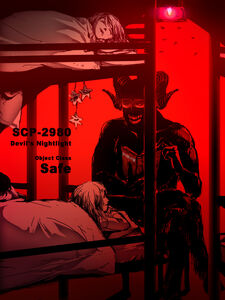