Lilith
The First Woman
Lilly (by Dr. Clef)
The Goddess
The Mother of Demons

Protect the world from the dangerous anomalies. (succeeded for a time, failed later)

SCP-336, also known as "Lilith", is a deuteragonist in the SCP Mythos. She is a Euclid-class anomalous female humanoid currently contained by the SCP Foundation.

She is one of the many depictions of Lilith from the Abrahamic religions, having rebelled against her husband Adam, the first man, and causing her to be looked down upon as a result of her rebellion.

Due to lack of canon in the SCP universe, there have been several stories telling the origins of SCP-336. The readers are free to choose whatever origin for their headcanon.

SCP-336 was originally one of the Children of the Sun, also known as Homo aeturnus, who inhabited the very first city of Audapaupadopolis which was reigned over by the powerful reality-bender Adam el Asem. Together with Adam she conceived her sons, Cain, Able and Seth, but at some point she later abandoned the city of Audapaupadopolis before or after Adam and the city were taken down by the Children of the Night due to him transforming a star into the Crown of Apollyon.

Lilith was originally a normal human, who during the early time formed alongside Cain, Yweh, Hevel, Bright, Orion and Sela a group which was dedicated to protect humanity from the dangerous anomalies. However, they would all fail, as humanity would fall victims to catastrophes caused by the anomalies, forcing Lilith and the others to become cursed in order to gain immortality and help the surviving humans once the world was safe again.

SCP-336 was former wife of Adam before she rebelled against him due to being unwilling to submissive to him, and went to a land where she became worshipped by the locals as a goddess. After Cain murdered his brother and was subsequently cursed by the Gate Guardian, he sought help from Lilith since they both had committed wrongdoings, but she laughed at him stating that her crime was an act of her honor while his was selfish and cruel. This enraged Cain who thought of killing her before deciding to simply leave.

In the modern age, the SCP Foundation was able to capture her and designated her as SCP-336 and was classified as Euclid. She appeared to comply with the Foundation’s orders and allowed them to lock her inside a humanoid chamber in Site-17 and fitted her with a voice modulator device due to her anomalous properties. As a reward for her good behavior she granted some furniture for her chamber, along with a mirror which she used it to admire at her appearance for lengthy periods of time. After producing some human instances of SCP-336-1, the Foundation decided to keep two of the instances for further study.

As SCP-239 was becoming more hard to contain, Dr. Clef decided to terminate her himself, since most of the Foundation refused to neutralize her despite the threat she posed, and some personnel even formed some attachment to the girl. After he fought off Dr. Kondraki, SCP-336 emerged from the cloud of Kondraki's SCP-408 and proceeded to confront Clef, since they were possibly in relationship in the past. She tried to convince him to abandon his plan of killing 239, but after seeing that Clef was determined to get the job done she decided to stop him by ordering him to tell her the truth. Clef tried to retaliate by damaging his own ears before attempting to shoot SCP-336 with his shotgun. She was able to evade his attack and after three hours approached SCP-091-ARC and tried to convince her to retreat back to her chamber by sympathizing with her, which seemingly worked as SCP-091-ARC went back to her chamber while taking away her vegetation that was grown during her initial containment breach.

Eventually at some point SCP-336 died under unknown circumstances. Since she had been a benevolent and honorable individual for most of her life, the goddess Mekhane decided to preserve her dead body bury it alongside the bodies of other deceased heroes within SCP-2783, a pocket dimension that contained a Mekhanite graveyard which was used by the ancient Mekhanites to bury their most greatest warriors.

SCP-336 is a female human of seemingly Arabic of Middle-Eastern descent, possessing pale skin and looking like she was in late twenties. She stood 1.73m, or 5ft,8in in height and weighed 68kg, or 150lbs. Around her thighs and calves SCP-336 possessed reptilian scales.

SCP-336 seemingly possessed immortality as she didn’t age, didn’t require any form of food and sleep, and was unaffected by any form of sickness. She was also very intelligent and analytical, as she scored in the 95th percentile or above in most intelligence tests.

Her voice when not interfered can affect people in two ways depending on the presence of the Y chromosome in the affected individual. If any female listened to SCP-336's voice, they would become suddenly infertile for a period of depending on the length of the exposure. If any male listened to her voice, they would fall in coma from 6 to 8 hours during which time a tumorous-like mass will begin to grow on the individual's body, typically from their rib cage, before separating from the body and transforming into a chimera-like beast dubbed SCP-336-1. These creatures were adult female organisms which contained the genetic materials derived from human, Bonelli's Eagle, Sand Viper, Asiatic Lion, Aurochs, Mongolian Wild Horse, and sometimes the wild goat. Because of their genetic make-up these creatures typically expire within two weeks, but the few ones which had managed to survive were irrationally violent and possessed a very low intelligence. However, if affected males possessed the Cohen Modal Haplotype, the SCP-336-1 produced would transform into normal healthy female adults with intelligence and capable of speaking their "father's" native language.

SCP-336 had demonstrated an impassive and introverted personality, being detached from most humans and instances of SCP-336-1. She was very cooperative with personnel, and her behavior improved when she was provided with a mirror for her to admire herself. Despite her usual depiction, SCP-336 doesn't appear to be malevolent at all, instead appearing as a benevolent figure who tried to stop Clef from killing SCP-239, although it is unknown if she did so because she cared about her, thought that killing an innocent but dangerous child was wrong, or was affected by SCP-239's effects. 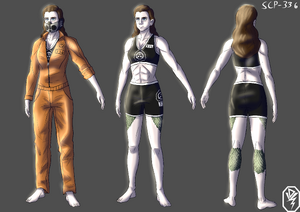 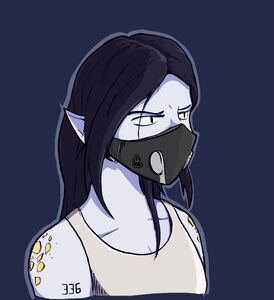 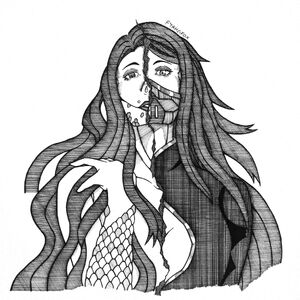 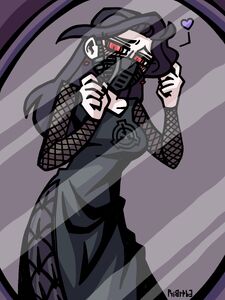 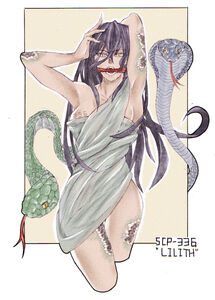 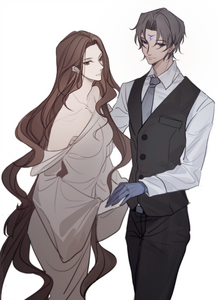 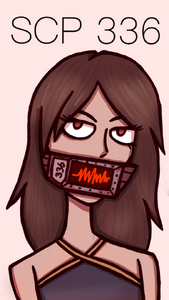 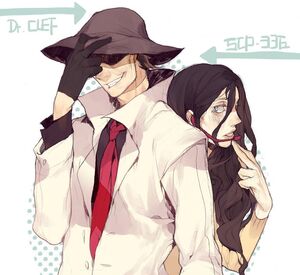 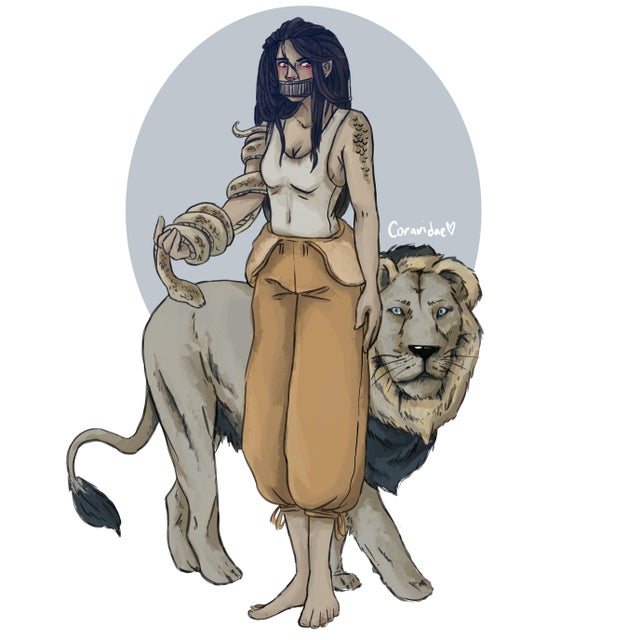 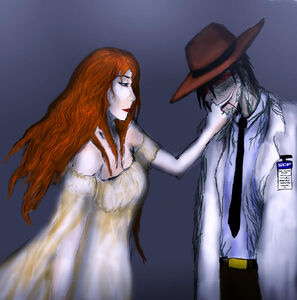 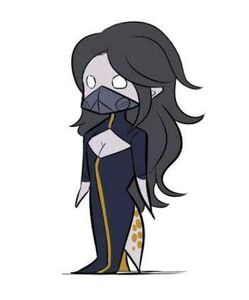 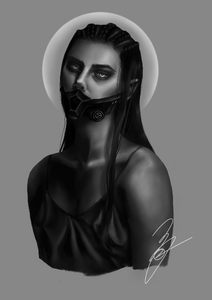 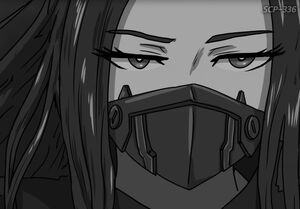 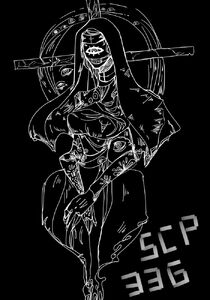 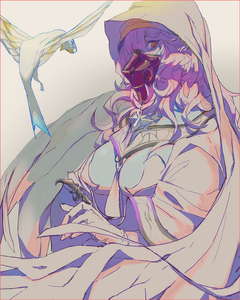 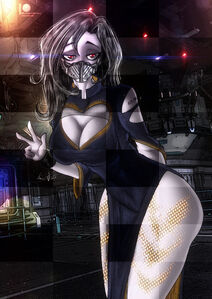