Agent of the SCP Foundation (formerly)

Unable to perceive other individuals

Writing on his journal

Find what happened to himself (partially succeeded)

Commit suicide (failed)
“Get back to his home universe” (ongoing)

SCP-451, also known as Mister Lonely, was an agent working for the SCP Foundation before being affected by an anomaly and becoming unable to perceive other individuals. Due to this he became a Euclid-class SCP and currently roams aimlessly around Site-19.

SCP-451 was originally an agent named M█████ J████ who worked for the SCP Foundation and was stated to be one of the best agents employed. However, when he was sent to retrieve a dangerous artifact in an unknown location he touched it causing him to be unable to perceive other individuals. To him it seemed that after touching it he accidentally killed the entire human race, and not knowing what to do he decided to go back to Site-19. While traversing several towns he noticed that food was still warm, thinking that time had in a way stopped, but days and nights still passed and he also noticed calendars always being correct which further confused him.

Upon arriving at Site-19 he was still unable to perceive the personnel around him, and went to the cafeteria where he ate some food before storing it in the fridge and going back into his office. In his old office he found that his stuff have been replaced with those of his coworker agent Rommel. When tomorrow arrived he went back to the cafeteria where he got confused since he found half-eaten warm food, the menu being changed and his tomato soup he had stored gone from the fridge. He then decided to check the documents left prior to the "disappearance of humanity", but was unable to access the terminals and so he stole Rommel's password in order to enter the offices and find out more. However, the next day he found that the password he stole didn’t work anymore, most likely due to staff changing it, and after two hours he gave up and instead ate some food back in the cafeteria where the menu had changed again.

The agent then broke inside the office of a doctor to read some of the documents, but as soon as looked away for a bit he found that it was gone, possibly due to personnel taking it away from him, and then tried to open the file cabinets, but the personnel didn't allow him to access them, leaving the agent to suspect being followed by something after the same things happened in the other five offices. He then confirmed to himself that the menu did change during the day in the cafeteria which further supported his theory that he was being followed, and after he managed to grab some documents from a drawer before the personnel slammed shut the drawer, he was unsatisfied with what he found. Because of his meddling the personnel made sure that he would not access the cabinets containing secret information which irritated the poor agent who didn't what was really going on. As time went on personnel tried to communicate with the agent by writing in a paper, but the agent failed to notice it and overwrote on it his daily journal. The agent eventually decided to remove all of his clothes since the temperature was controlled and walked naked through the site which forced the personnel to lower the temperature forcing the agent to use Rommel's clothes. However, when the personnel put the temperature back to normal, the agent removed his clothes again forcing personnel to lower it again, leaving the agent to eventually use a bathrobe instead.

As time went on, the agent gave up completely in accessing the documents and focused on nourishing himself. However, this state began toiling up on him and decided to end his own life by entering SCP-173's containment cell and closed his eyes to let it kill him, but it didn't move because it wanted him to keep suffering. So he then decided to go to the containment cells of other SCPs, but to his dismay he wasn’t even harmed. After failing to commit suicide, a researcher decided to help the agent to kill himself by bringing him a gun. The agent tried to shoot himself through the head, but the bullet went through him and hit the researcher. This caused the agent to finally perceive the researcher and rushed to get a first aid kit, but after he came back he was unable to perceive the researcher anymore. After that the personnel decided to leave the agent a memo which stated that all of humanity will die as per SCP-657's prediction on the same day, and when tomorrow arrived he was given the same memo, this time the day was changed to today. This made the agent believe that he was travelling through different dimensions where humanity disappeared just before his arrival and found hope that he could return to his home dimension. The next day he also found out that the artifact which caused all of this was now in Site-19 and so set out to find that artifact again. After finishing his first journal he started a second one which he always kept tight to himself which didn’t allow personnel to look to it, leaving them to form an operation utilizing SCP-423 to learn what he wrote.

SCP-451 appears as a Caucasian male. He is 33 years of age and 1.6 m tall, and possesses no abnormalities in his appearance.

Prior to being affected by the anomalous artifact, SCP-451 was one of the most valuable agents of the SCP Foundation. After coming into contact with the artifact, SCP-451 became unable to perceive individuals around him, being unable to see, hear or touch them, unless one of them gets seriously wounded. He also appears to have become immortal, since when he tried to shoot himself the bullet just went through his head leaving him unharmed.

SCP-451's personality prior to becoming affected by the artifact is unknown, but his journal shows that he was a determined fighter who obeyed to the Foundation. However, after being affected by the anomaly he got depressed and paranoid, being unable to interact with anyone and feeling like being followed. After giving up hope, he became suicidal and tried to kill himself before the Foundation convinced him that he was being transported to different dimensions which looked exactly like his home dimension where humanity disappeared right before his arrival. This gave him a new hope to 451 and became determined to get back to his home. 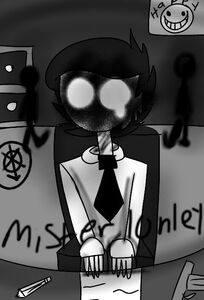 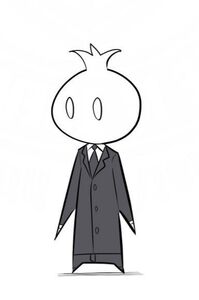 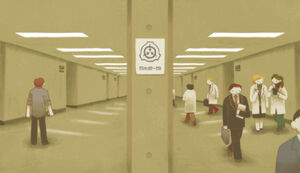 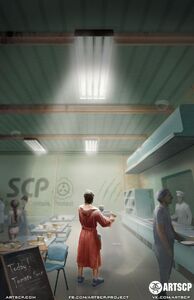 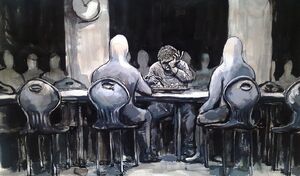