Knowing the details of a person's social life.
Knowing when a person's death is soon.
Telepathy (possibly)
Loyalty

Keeping others company in their finals moments of life.

Mournful Friend
SCP-4999, also known as "Someone To Watch Over Us", is a Keter-class SCP that cannot be contained by the SCP Foundation due to the specific circumstances needed for him to appear. He would still probably be allowed to roam free due to not appearing to possess a threat to people and his kind nature.

He is one of the kindest, most-caring SCPs the Foundation has ever known. He was originally an entry for the SCP-4000 contest and won third place on a tie.

SCP-4999 appears as a man wearing dark formal wear. His features differ between observers, with the formal wear being the only constant.

SCP-4999 only appears in very specific circumstances that involve individuals who are gravely wounded, in poor health, terminally ill and/or on their deathbeds. The subject must also be completely alone and not being cared by during their final moments of life for SCP-4999 to visit them. SCP-4999 appears no more than 20 minutes before the individual expires. SCP-4999 does not visit those who are asleep or comatose.

SCP-4999 remains quiet and motionless as the subject passes away, and will vanish after the subject's death, though any cigarettes given still remain, providing proof of SCP-4999's existence. So far, every report of SCP-4999 affectionately touching a subject has never resulted in the subject disapproving or recoiling from any of SCP-4999's actions. No dying subjects have ever engaged in conversation with SCP-4999, only speaking when thanking the SCP for the cigarette.

The following conditions of the subject increase the chance of being visited by SCP-4999:

Given SCP-4999's actions, it can be easily seen that it is compassionate and empathetic, providing dying people with a chance to not be alone in their final moments of life. Because the SCP has a higher chance of manifesting itself to those who have been ignored, shunned, rejected and/or have no religious views during their lives, more light is shone on the SCP's empathetic and humbling nature.

Beyond these actions, there is no further information on the SCP's personality, due to his silent nature.

The earliest data of SCP-4999 involves him starting as an urban legend, including seeing him on hospital footage. Internet message boards and videos, as well as some television programs adding further weight to the legends surrounding the SCP. The Foundation put a disinformation program in place to keep the public from knowing that the SCP is real, with the intent of keeping the SCP's reputation as just an urban legend. It has also been said that SCP-4999 has been manifesting before pre-modern human societies, unknown how it'd be possible of knowing about him in those times.

The most prominent ability of SCP-4999 is its ability to not only teleport to any location containing a lonely dying subject, but the ability to detect the history and nature of a person's life. The subject's emotional and warm reactions may hint to SCP-4999 making them feel certain emotions or positive, loving feelings, though this is most likely the pure reactions from the subjects witnessing SCP-4999's selfless nature. 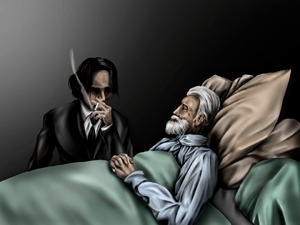 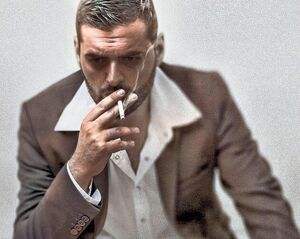 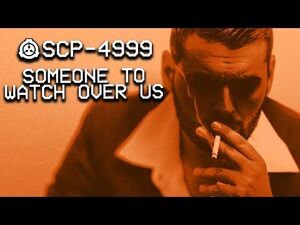 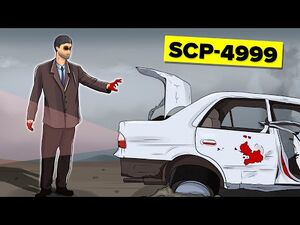