Yet Another Murder Monster

SCP-5031, also known as Yet Another Murder Monster, is a character in the SCP Foundation Mythos. It was a Keter-class creature who had been captured by the Foundation and left imprisoned for a long time just because it was an anomalous monster. However, Senior Researcher Stanley Huxtable was able to see that the creature's treatment was unjustly and decided to help the innocent monster to be rehabilitated and even teach it a variety of things, allowing it to develop itself, help people and be happy.

It was originally written for the "144-Hour Jam Contest Two" which won in Day Two.

The origin of SCP-5031 is unknown. The SCP Foundation was able to capture it and seeing it as a dangerous monster that ate animals and people, locked it inside a chamber within Bio-Site 59, where it kept screaming. After ten years of being left to rot, Senior Researcher Stanley Huxtable was assigned to SCP-5031 and immediately after learning about it expressed pity for the creature, seeing it as a misunderstood being who was suffering for nothing. He decided to perform harmless tests on it in order to see if it could be reasoned with and potentially rehabilitate and teach it.

On March 8th of 2018, the first round of tests was performed which involved installing speakers in its chamber which would play various albums of natural ambiance and popular music to see if the music could elevate SCP-5031's stress. Some of the played music worked in calming SCP-5031 down and based on the most efficient music played, Huxtable formed a playlist of SCP-5031's favorite music which would play on shuffle in its chamber. On March 22nd of 2018, the second round of tests was performed which involved SCP-5031 being introduced to various game balls. When a softball and basketball were thrown inside the chamber, SCP-5031 used its blade to cut both of them, but when two bowling balls were put inside the chamber SCP-5031 used the blunt end of its bladed tail to roll the balls over and play with them, which elevated its stress significantly. However, while playing with one of the bowling balls, SCP-5031 accidentally chipped it, causing the ball to be unable to roll anymore and leading to the creature's stress increasing. Soon a replacement ball was put inside its chamber which once again calmed it down, before proceeding to play with another basketball using its arms instead of its tail.

On April 5th of 2018, the third round of tests was performed in which the creature was given the choice of two food sources to see which type of food it preferred. After introducing to it various types of meat and food, it was discovered that SCP-5031 preferred to eat well cooked food derived from animals like chicken and turkey and using its bladed tail to cut the food rather than using its hands, which later led to personnel beginning to regularly feed it and causing its stress level to further decrease. On April 12th of 2018 the fourth round of tests was performed to see if SCP-5031 could coexist with other beings without it harming others. After being fully sated, a living chicken was introduced to SCP-5031 who observed it for some time before trying to play with it by rolling a bowling ball at the chicken. However, SCP-5031 rolled the ball too fast, accidentally causing the chicken to be squashed by it, leading to SCP-5031's stress level to immediately increase. Personnel then removed the bowling ball before introducing another chicken for SCP-5031 to interact with. This time, SCP-5031 gently rolled its basketball at the chicken which upon being hit by it released a small cry, causing SCP-5031 to not engage with it further. After that, D-Class personnel D-52125, real name Robert, was blindfolded and put inside the chamber where he was instructed to sit and roll the basketball forward to SCP-5031 when the creature rolled it over to him. They played together for several minutes before SCP-5031 abandoned the activity and began approaching D-52125, at which point he was instructed to remove the blindfold in order for SCP-5031 to cease existing and terminating the interaction. A blindfolded D-52125 was put inside the chamber again and instructed to throw a tennis ball against the wall and let it ricochet behind him before catching it and doing it all over again. SCP-5031 proceeded to mimic the D-Class by also throwing a tennis ball against the wall which would bounce back to it, and together with D-52125 played a game of catch, with Huxtable noting that SCP-5031's motor skills were improving.

On May 16th of 2018, the fifth round of tests was performed to test SCP-5031's intelligence. Five LCD displays with a lit button and a food dispenser underneath were fitted inside its chamber in order for SCP-5031 to learn symbols and their meaning. When two stations were activated, with one displaying the image of a rock and dispensing rocks while the other displaying the image of a cooked chicken and dispersing chicken, SCP-5031 at first poked at the image of the chicken before pressing the button which dispensed chicken which the creature ate. In the next test, the images were swapped, with one station displaying the image of a rock dispensing chicken while the other displaying the image of a chicken and dispensing a rock. SCP-5031 proceeded to press the button on the station which displayed the image of the chicken, but upon seeing that it dispensed rocks, it moved to the other station and after pressing the button on it the creature was able to get the chicken food. In the next test in which the images on the monitors swapped at random after first distribution and only dispensed objects that were currently on the monitor, SCP-5031 at first became confused after the images were swapped but quickly learned and adapted to this. Following that, three more stations were put inside SCP-5031's chamber, with four stations distributing rocks and one distributing chicken while instead of displaying images the stations displayed the names of the objects and would randomly swap again in the following days. Through trial and error, SCP-5031 was able to recognize the words associated with the objects and could determine which station displayed chicken after they swapped. In the next test all stations were deactivated except for one which would distribute chicken only if SCP-5031 could arrange seven letter blocks to form the word "chicken". Initially SCP-5031 was unable to understand it and became frustrated when the station refused to distribute chicken, but when the test was redone the creature was able to form the word chicken after 12 min and finally get its food. Seeing that SCP-5031 was able to learn language, Huxtable taught it how to form several words and their meaning, which included food, music, playthings and its companions, and through this it became capable to establish food preferences and dish pairings, and learning to nonverbally sing and juggle.

On October 5th of 2018, Huxtable decided to teach SCP-5031 various activities such as drawing, creating music with D-52125 and cooking all on its own. On January 4th of 2019, as SCP-5031 kept practicing its cooking skills, Huxtable had D-52125 teach it various food recipes, which slowly made SCP-5031 become a better chef than the average human. On June 30th of 2019, SCP-5031 for the first time spoke its first word which was "salt" which filled the entire staff working on it with pride. On November 29th of 2019, the final test was performed in which SCP-5031 would develop over a span of two months a three-course meal to serve at the Bio-Site 59 cafeteria for personnel on Thanksgiving Day. As the personnel greatly enjoyed the food, SCP-5031 also debuted its original composition Piano Sonata For Six Hands in a live performance broadcast from its enclosure. With the success of these tests and SCP-5031 being reveled of all stress, its containment procedures and documentation were revised.

Seeing potential in SCP-5031, the Foundation decided to train it to become an asset for missions. When General Bowe's Foundation Elimination Coalition took over Site-19, the Foundation decided to send SCP-5031 alongside Mobile Task Force Alpha-9 to capture Bowe after he would be affected by SCP-050. While infiltrating the overtaken site, they found something hidden behind a wall panel, prompting the MTF operatives to tell SCP-2273 to peel it open, but he refused due to fear of dying if it turned out to be an explosive and suggested to instead have SCP-5031 to do it since it was immortal. The operatives at first disagreed with the suggestion but then begrudgingly ordered SCP-5031 to peel the panel off, revealing Prof. Kain Pathos Crow who had been sabotaging the Coalition's plans for some time. They then helped the Foundation in battling General Bowe and the remaining enemies.

Following some unknown catastrophe which the Foundation was unable to stop, humanity became nearly extinct, forming tribes which began worshiping the notable Foundation personnel as gods. A wanderer named Hekan once encountered SCP-5031 residing in a cave where it kept listening to music and prepared a dish for its visitor.

SCP-5031 resembled a quasi-humanoid creature, possessing a small head with no neck, three sets of lower arms branching from two upper arms, elongated torso approximately 1.9m long, and a crescent-shaped protrusion with a bladelike lower edge replacing its lower body. Any other detail is unknown due to SCP-5031 ceasing to exist anytime someone was about to look at it.

SCP-5031 possessed the power to cease existing anytime someone looked at it and after that person stopped looking at the place where SCP-5031 disappeared, the creature would exist again. Even though it would stop existing, SCP-5031 could still interact with the environment it was in, as evidenced by traces of scratch marks and blood trails, and even video and photographs failed to capture SCP-5031's appearance. SCP-5031 could also levitate itself 0.5m above ground since it didn’t have legs, and in place of legs it possessed a blade-like protrusion of osseous tissue which it used to slice anything it wanted. Despite eating food, SCP-5031 didn’t actually need any type of sustenance as it was able to live for ten years inside its chamber while being deprived of food and sleep.

After being taught various things by Researcher Huxtable, SCP-5031 learned to recognize objects and people, to interact with said people and could even play, cook and play music. While cooking, it was discovered that SCP-5031 possessed a peanut allergy.

Originally the creature appeared as a feral and violent monster which attacked people for consumption and kept screaming all the time after being locked up by the Foundation and left abandoned. However, Senior Researcher Stanley Huxtable was able to see that creature wasn't actually evil or murderous, but just a misunderstood and mistreated being who possessed little knowledge and understanding of how things worked. With the help of a caring Huxtable, SCP-5031 was able learn not only about the various objects and activities, but also learn language, speech and conversing, and apparently formed an attachment with personnel assigned to it such as Huxtable and D-52125 whom it refereed by his real name as Robert. Soon the other personnel were able to see that SCP-5031 was actually an intelligent and loving being who meant no harm to anyone and on the contrary it enjoyed entertaining people with its food and music. As SCP-5031 became accepted by the personnel and was given a much better way of life, its stress was also completely gone. 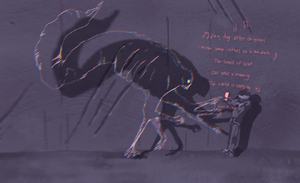 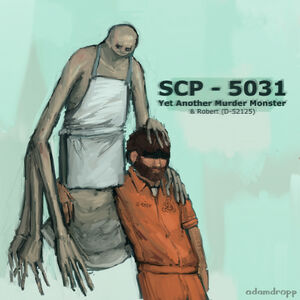 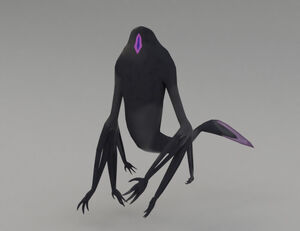 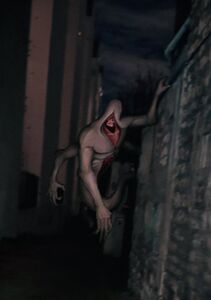 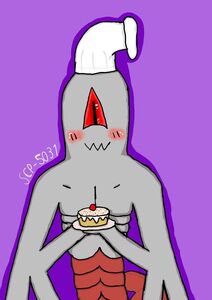 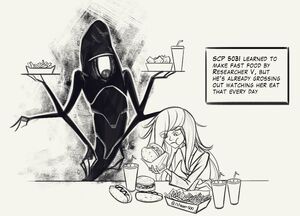 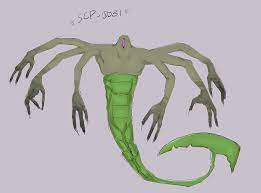 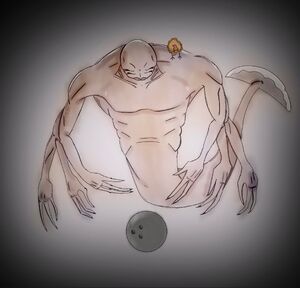 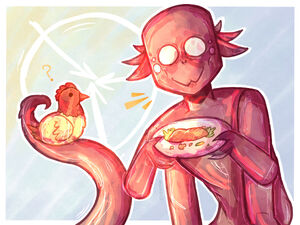 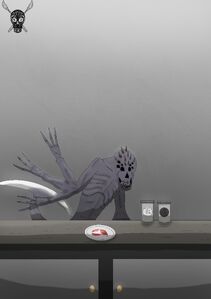 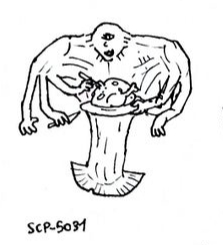 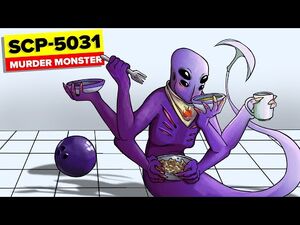 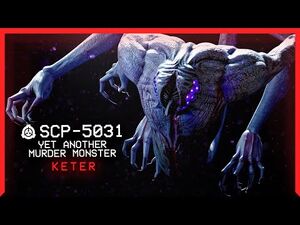 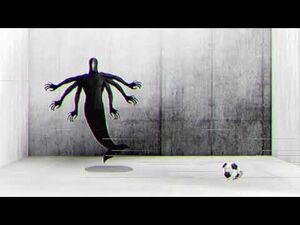