SCP-5935 is the main protagonist in the file of the same name. He was a member of the SCP Foundation's O5 Council whose son died and tried to revive him causing a malevolent entity from SCP-4000 to be freed and cause destruction on the universe. The Overseer would later sacrifice himself to fix his mistake and imprison the evil entity once more.

Not much is known about the man that would become SCP-5935 apart that he had two parents, a brother and an ex-girlfriend. He was an Overseer of the O5 Council, a group of mysterious individuals who commanded most the Foundation's staff and were able to access secret files of great importance. This Overseer was married to a woman named Elisa and together had a son named Jacob, an occurrence that wan uncommon with Overseers. He and his family lived a happy life, until Jacob slowly died of an illness. This greatly devastated both him and Elisa who were unable to cope with his death. When it was time to bury Jacob under the tree where he would often play, the Overseer and his wife were assisted by their colleagues, such as O5-2, O5-9, Dr. Mann and some members of Mobile Task Force Alpha-1. In the following days their fellow colleagues would visit to deliver their condolences, but the Overseer knew that they were in fact secretly admonishing him because the Council members' loved ones were seen as liabilities and that he should have secluded himself like his fellow council members.

As time went on, the Overseer began dreaming of a strange figure with an unclear face and his son. Through studying these nightmares he decided to revive his son in SCP-4000 hoping that by finding and returning Jacob his name he would come back to life. After sending his wife Elisa to O5-9 he dug up his son's decaying corpse and brought it within SCP-4000. He walked through the forest inhabited by the Faeries who tried to warn him about a malevolent being more ancient than the universe which never had names. However, he was unmoved and went to a tree line atop a hill where he encountered the entity which had been haunting his dreams. The entity had tricked the poor desperate Overseer in order to be freed from its prison and then asked him his name, but the Overseer was unable to tell his real name so he told it the names of every single individual he knew until he spoke Jacob's name. The entity decided to steal Jacob's name which allowed it to take on Jacob's appearance and after that both it and the Overseer exited the pocket dimension, but were rendered unconscious leaving to them being detained by the Foundation.

After suffering another nightmare he woke up and talked with one of his fellow Overseers. They discussed about his wellbeing and the other Overseer informed him of what was going on regarding him, the entity and his son. The Overseer who believed that Jacob who exited SCP-4000 alongside him was his real son tried to convince his fellow Overseer that everything was alright and that Jacob had nothing wrong with him. When all of the Council gathered to discuss about the actions of the Overseer, he tried to convince them that Jacob was revived and there was nothing wrong with him, but he was later informed that the entity masquerading as Jacob began to steal the names and appearances of various staff members resulting in a great number of deaths. He then at the request of the other Overseers explained what had actually happened while inside SCP-4000 and his interaction with the entity, but one of his fellow Overseers, O5-3, showed no sympathy for his actions and proposed that following his exclusion from the Council they would kill the entity. This proposal was put on hold due to the Overseer withholding his vote forcing the council to end the discussion and plan another meeting, while holding the Overseer at his current location until this problem was solved.

Eventually, as staff struggled more and more with the containment of the entity the Council decided to execute the proposal. However, the Overseer would not allow them and he alongside his wife broke inside the site containing "Jacob" which prompted MTF Alpha-1 to intervene, but the entity began stealing the names of everyone around it which caused the site to be partially destroyed. The Overseer then tried to save his wife from the rubble but found that the entity had stolen her name and was masquerading as her. The entity admitted to the Overseer that it had stolen Jacob's identity to escape its prison and explained to him its plan of stealing the names of everything existing in the universe in order to become God. Finally understanding his mistake the Overseer decided to make a final deal with the evil entity. He would give it his real name, since the entity wasn't actually using Jacob's name due to the name being gone alongside Jacob, and in exchange the entity would mimic Jacob one last time and pass a happy time with the Overseer, pretending to be a happy family once again.

Inside the mind of the Overseer which took the appearance of a near endless city named Pandaemonium and filled with clones of people created by SCP-2000, the entity under the guise of Jacob, Elisa and the citizen began acting like them as per the deal with the Overseer. However, when the entity noticed that there was something wrong with the city it asked the Overseer about it. The Overseer at first tried to dodge the question, but this angered the entity who dropped the façade and properly confronted the Overseer about the nature of this place. The Overseer revealed to it that he had used SCP-184 to endlessly expand his mind in order to trap it. He went on to explain that 184 has been buried deep below the city and its near impossible extraction wouldn't undo the ever growing city, and if the entity decided to leave the place by going to the edge it would spend thousands of years to finally arrive and by that time it succeeded it would have used the Overseer's name beyond use which would send it back to the nothingness that it was. He offered the entity to keep on acting like Jacob and live together forever inside of Pandaemonium, but the angered entity refused and decided to try and leave the place even if it took countless years, and promised that after stealing every name and become God it would return to the Overseer and then live together happily ever after. After the entity left, the Overseer went back to his apartment and rested as he heard the voices of his wife and son.

Following that, the SCP Foundation found the comatose body of the Overseer, but were unable to identify him due to him having lost his name. Upon realizing that an evil entity was residing within his mind they classified him as SCP-5935 and the entity as SCP-5935-1, and put him inside a cell in Site-17 where the staff was keeping him in a medically induced come in order to contain the entity.

The true appearance of SCP-5935 is never revealed and there are no details about it.

SCP-5935 was originally an ordinary human despite being a member of the O5 Council, but he has shown some intellect in his actions. Because he lost his name to SCP-5395-1 he is unable to be identified.

SCP-5935 is shown to deeply love both his wife Elisa and their son Jacob and would cherish them always. He became deeply depressed over his son’s death, so much so that he was unable to cope with it. The grief made him to not rationalize and became obsessed of getting back his son with any means necessary, which allowed SCP-5935-1 to manipulate him and trick him into giving it Jacob’s identity. He believed that the entity was indeed his son and refused to rationalize with the other Overseers despite showing him evidence, but even when he came to term that he was tricked by the entity he was left so broken that he still saw it as his son. However, he also regained some sense and realized the danger posed by SCP-5935-1 and sacrificed himself to imprison it and save the universe. 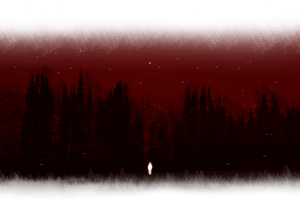 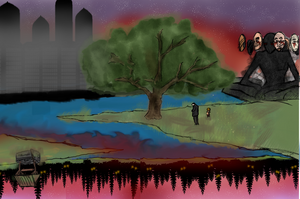 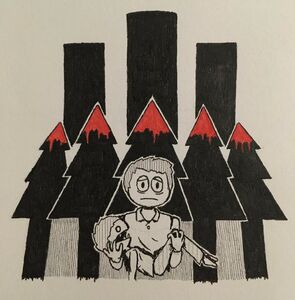 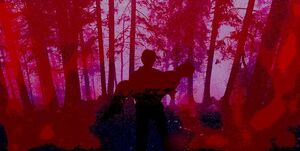 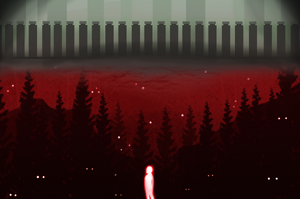 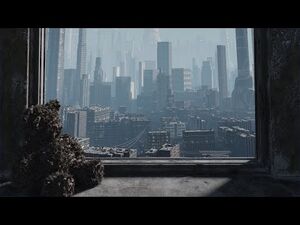