Be loved by her parents (possibly formerly)

SCP-706, also known as "Perfect Porcelain Doll", is a Euclid-class anomalous humanoid currently contained by the SCP Foundation.  She was formerly a girl who lived with dysfunctional family that didn't love her, which led to her transforming herself into a living porcelain doll.

SCP-706 was originally a normal girl living in Texas with her parent who had homeschooled her instead of sending her to a regular school. However, she and probably her mother felt victims to her father’s domestic abuse due to him wanting to have a son instead of a daughter, while SCP-706's mother seemingly favored her collection of porcelain dolls over her own daughter. One day, the father returned home drunk and began causing havoc around the house which prompted the mother to pull a gun on him. It is unknown what happened to the parents as following the dispute SCP-706 decided to become a doll in order to be loved by her mother and hoping that it would also result in her father becoming pacified. Following the altercation the police were notified about this and went to the home where it took place finding SCP-706 in a back room having broken and consumed the porcelain of the dolls and some fine Chinese dinnerware, which somehow transformed her into a partial porcelain doll.

The SCP Foundation was soon notified by this and took the poor girl under their custody at Humanoid Containment Site-06-3, while the witnesses were administered amnestics. Shortly after her detainment a doctor interviewed SCP-706 who explained to them the reason why she wanted to become a doll, deeming herself imperfect and unlovable. Her chamber was modified with padded walls and minimal sharp edges in order to keep her from damaging her skin, and was regularly provided with kaolin for consumption and cosmetic supplies to decorate herself. However, as time went on, SCP-706 became more and more depressed and eventually began breaking parts of her body which she deemed ugly, forcing personnel to restrain her and temporarily take away all of her cosmetics in order to keep her from harming herself and was subsequently put under suicide watch and forced to take daily therapy sessions.

SCP-706 was an adolescent European-American female of 12 years of age with porcelain skin. She constantly used cosmetic materials in order to make herself beautiful.

Following her transformation, SCP-706's entire skin became thick exactly like porcelain except for her joints in order for her to move. Because her skin was made out of porcelain it could be easily cracked or broken through impacts or excessive movement which caused her extreme pain. If SCP-706 was provided kaolin and ceramic glaze for consumption then she could regenerate from these wounds via a process similar to normal skin growth. SCP-706's body temperature was also abnormally high reaching 38.5°C, but other than that the rest of her body was mostly normal.

Because of the domestic disputes and lack of love, SCP-706 became severely depressed. She felt that she was unloved and nuisance to her family. Seeing how much her mother loved her porcelain dolls, SCP-706 came to the belief that if she was a perfect beautiful doll who wouldn't need constant care then her mother would love her too and her father would stop being so aggressive. After being taken by the SCP Foundation she became even more depressed, and if her cosmetic materials were to be taken away from her she would become stressed and uncooperative until the materials were returned to her. Her obsession of becoming beautiful and perfect grew so much that she eventually began breaking parts of her own body which she didn't like, which forced personnel to put her under suicide watch and forcing her to take daily therapy sessions in order to improve her mental health.

Although SCP-706 has yet to make an official appearance in the YouTube series, at the beginning of Episode 3 SCP-706 was briefly mentioned by a personnel in the intercom. 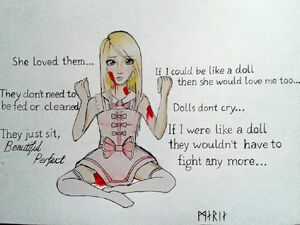 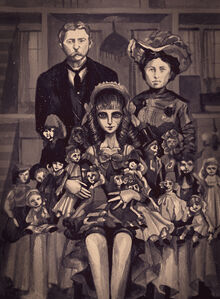 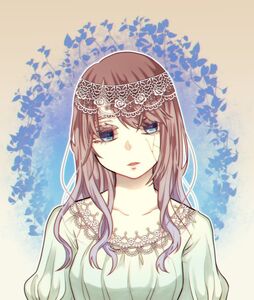 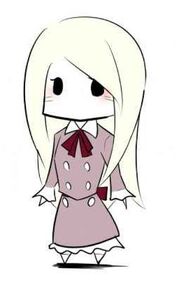 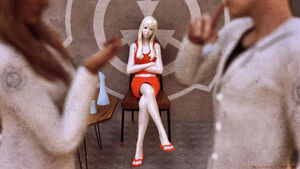 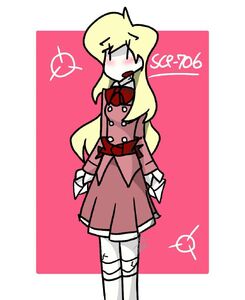