SCP-999 is described to be a large orange slime. If a person is very near it, SCP-999 would jump on them, hugging them softly, while they nuzzle into the person's face, it would let out high-pitched gurgling noises and it would release smelling's of: chocolate, fresh laundry, bacon, roses, and Play-Doh.

SCP-999 has a major interest into people that are unhappy or hurted in anyway.People that have depression, after interacting with SCP-999, they return totally healed from their problem, also they get a very positive picture about life.

Because SCP-999 is a very playful being, it appears that SCP-999 loves all animals (but especially humans). SCP-999 doesn't eat meat at all, and even it's risking it's own life for others. It was confirmed that SCP-999 indeed would leap in front of a person to take a bullet inside of it. The creature's eats candy and sweets. 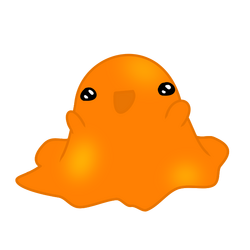 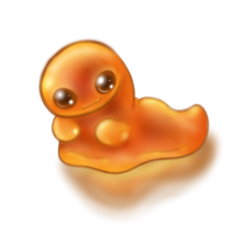 Add a photo to this gallery
Retrieved from "https://hero.fandom.com/wiki/SCP-999?oldid=1002400"
Community content is available under CC-BY-SA unless otherwise noted.