Special Delievery "SD" Kluger is the narrator of two Rankin/Bass specials, Santa Claus is Comin' to Town, & The Easter Bunny is Comin' to Town. He is a friendly mailman who drives a snowmobile/mail truck, and tells the local children how Santa Claus came to be when his truck breaks down. He recites the entire story of Santa Claus's origins, including how he met his wife Jessica, how he got his magic powers from the Winter Warlock, how elves came to be, and showing the origin of the flying reindeer. When he finishes his story, his truck has been mended, and he resumes making his mail delivery to Santa and Jessica, singing the titular song.

S.D. later reappeared as the narrator in another Rankin/Bass holiday special - The Easter Bunny is Comin' to Town, in which he answered questions about the origins of the Easter Bunny and also drives a steam train named Chugs (who is the famous "Little Engine That Could", whose story is also adapted as part of the special). This special notably revealed that S.D. was a citizen of Kidville in his youth.

The character is a caricature of his performer, Fred Astaire. 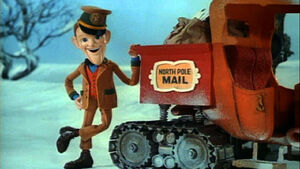 SD as he appears in the first special 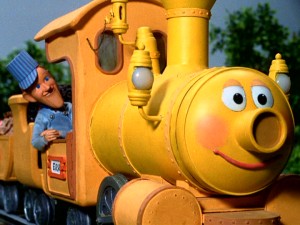 Retrieved from "https://hero.fandom.com/wiki/SD_Kluger?oldid=1352973"
Community content is available under CC-BY-SA unless otherwise noted.