Bring down M. Bison and Shadaloo.

Sagat is a recurring character, and the main rival of the Street Fighter franchise. He was originally a boss character in the early editions of the series. He was later turned into a regular, playable character. Sagat is also referred to as "The Emperor of Muay Thai", "The King of Muay Thai" or "The God of Muay Thai" in the games. Many Thais believe that Sagat is based on a real-life Muay Thai fighter named Sagat Petchyindee (สกัด เพชรยินดี), but Capcom has never confirmed this.

Since Street Fighter Alpha, Sagat has been voiced by Shin'ichirō Miki. In SVC Chaos: SNK vs. Capcom, Sagat was voiced by Kouji Suizu. In the live-action Street Fighter movie, he was portrayed by well-known Native American actor Wes Studi.

Sagat grew up in Thailand, where the style of fighting of Muay Tai was greatly revered and he had learned it since he could walk. The title of Emperor of Muay Thai was the most honorable accolade a Muay Thai fighter could possibly receive and the bearer of this title was seen as a national hero.

Dan swore revenge upon Sagat. Sagat then hosted a World Warrior tournament, but Ryu ended his reign when he tapped into the Satsu No Hadou and used the Mestu Shoryuken on the Muay Thai emperor, giving him his trademark scar in the process. Later, Sagat's former pupil Adon challenged his master for the title of Emperor of Muay Thai and won, but not before Sagat had injured the younger man in the process.

The aftermath of the battle left Sagat a broken angry man and he was approached by M. Bison who offered him Shadaloo resources to find Ryu and have his revenge for his service. Sagat's nearly indomitable power brought him up to position as Bison's right-hand man.

As Bison's personal bodyguard, Sagat would fight second to Bison himself in the second World Warrior tournament.

Renowned as The Emperor of Muay Thai, Sagat is a powerful Muay Thai fighter.

Because of his height, he can attack in long range. His hands are so big, he can grab his opponents by their heads. Despite being blind in one eye, it has not diminished his capabilities.

Sagat encompasses a stereotypical "proud fighter" personality, since he is very powerful and strong-willed, as well as hard-working; he is dedicated in body and spirit to martial arts life.

His uncommon physical appearance makes him menacing, hideous and downright unfriendly at first glance, which holds true to a certain extent. In contrast to his initially violent and sometimes cruel nature, Sagat appreciates opponents that are worthy and of strong character, and greatly despises taking unfair or dishonest advantages in combat.

His more honorable traits come to the forefront during his storyline development, and his pride gives way to an honesty of sorts similar to Ryu, his purpose now defined by the "heart of battle".

Sagat's win quotes show him to be a proud and that belittling man; this has long since given way to a more honest, advisory side, that still contains his characteristic straight-to-the-point bluntness, which is present to a fault.

Despite his seemingly cruel mannerisms, Sagat has a capacity for goodness, as seen in Street Fighter X Tekken, where he helps Dhalsim find and rescue missing village children. Even when offered the mighty power of Pandora, Sagat refuses saying that, as a "king" he doesn't need it, and makes the children's safety his top propriety. 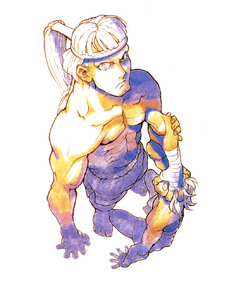 Sagat as he appears in his younger days. 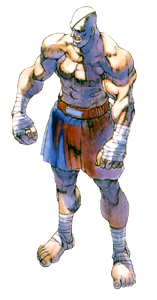 Sagat as seen in the first Street Fighter.

Sagat as he appears in Street Fighter 2 Turbo. 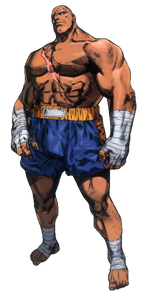 Sagat as he appears in Street Fighter Alpha. 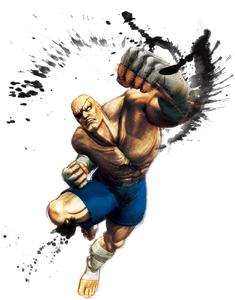 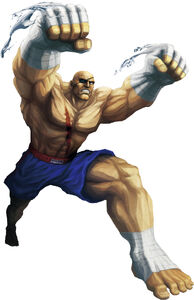 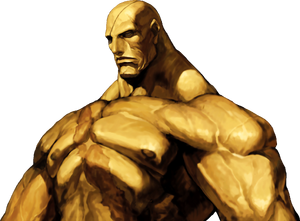 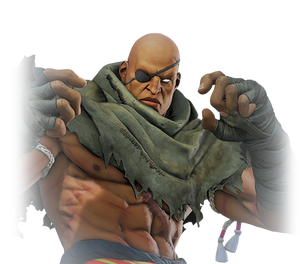 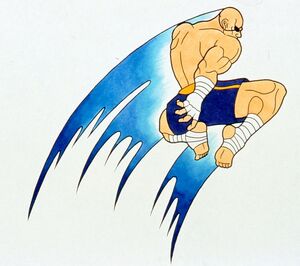 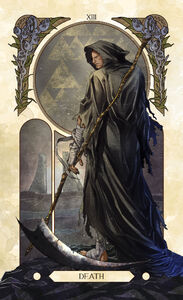 Sagat on a tarot card (courtesy of Capcom artwork collection)