Gentle Giant, Friend of a Villain

Sajin Komamura is a supporting character in the anime/manga series Bleach. He is the former Captain of Squad 7, whose lieutenant was Tetsuzaemon Iba, as well as an old friend of Kaname Tosen. In contrast to most Soul Reapers, who look like normal humans, Sajin is an anthropomorphic wolf, something he is initially insecure about. He owes Genryūsai Shigekuni Yamamoto a great debt for taking him in, and became a Soul Reaper to honour that debt.

He is voiced by Tetsu Inada in the Japanese version of the anime and J.B. Blanc in the English version, the former of whom also voices Kurogane and Brain.

Komamura is an anthropomorphic wolf, although he is often mistaken for a dog. Initially, he was very self-conscious about his appearance, so he wore gloves with bracers, as well as a helmet, to conceal his entire body. However, he later gains enough confidence to go on without his helmet after Kaname Tōsen's betrayal against Soul Society. He is the tallest captain of the Gotei 13. His fur is light-brown in color, which is the same color as his gloves. He also wears shoulder weights over his haori and large, plated boots instead of sandals. During the battle in the Fake Karakura Town, he wears a high collar, having a similar build to his shoulder weights, the top of which is visible in his uniform.

Later, during the second Wandenreich Invasion, he has received new armor. The new armor is more rounded at the shoulders than his old, and he has received a new helmet, and armor plating for his torso. When he utilizes his Human Transformation Technique, Komamura's appearance becomes closer to that of a Human, which retains his large size. He has long hair in this form, but he still retains his wolf ears and some fur on his forearms.

n contrast to his imposing physical stature, Komamura has a heart of gold, as well as being a loyal and grateful subordinate to Captain-Commander Genryūsai Shigekuni Yamamoto, to whom he owes great gratitude for taking him in; so grateful that he would even die for him. The betrayal and subsequent departure of his close friend, Kaname Tōsen, may have adversely affected his self-confidence and view of himself, since Tōsen was the first person to have accepted him for who he is and not what he is. Sajin is a very forgiving person even if his friend is corrupt, or how evil they are, no matter how many innocent people they've killed, and even if they're about to kill him. This adverse effect is evident when he describes himself to Choe Neng Poww as "a meager worm" (he may have been speaking in sarcasm, however, as Poww previously referred to him and his opponents as "worms").

Komamura is also a very serious man, deeply scarred by the times when he was spurned by Soul Society for his appearance. He is not tough or cruel to his Division, preferring to lead them with impartiality. His favorite food is meat, but he dislikes carrots, supposedly because his father once told him that carrots were "not for their kind." Komamura tends to growl when angered. Despite being a gentle person, he is cold, ruthless and calculating when fighting. Once he is done fighting, however, he reverts to his gentle, giant self.

Komamura is pleased with Shūhei Hisagi's gift of a dog brush from the Human World, as he finds brushes in the Seireitei ineffective when grooming his fur. In addition, Iba imagines that Komamura will possibly use a dog Gigai if he were to go undercover in the Human World. He also likes dogs, especially ones of mixed breeds, and even keeps one, whose name is 'Goro', in his Division's quarters. During his free time, he takes Goro for strolls. He likes the Human World's puppy shows. 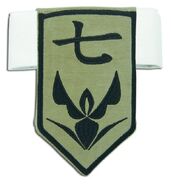