Helping her out at father's PANPAKA Pan Bakery
Pretty Cure

Saki Hyuuga is the new half of the Pretty Cure duo in the first spin-off series, Futari wa Pretty Cure Splash Star. Like her predecessor, Nagisa Misumi, Saki is excellent with a sport, this being softball. And also like Nagisa, she isn't very good at school, loves sweets and has a large appetite. Saki has a mild personality and a habit of saying "zekkouchou" when she gets excited. She remains optimistic and sane when facing the unexpected. Saki is lenient and friendly, and her cheerful and easygoing personality often brings people happiness and energy.

Saki is a cheerful athletic girl, a member of Yunagi Middle School's girls' softball team. Her family runs the Panpaka Pan bakery and unlike her predecessor, she actually excels in some aspects of cooking and often makes delicious breads. She also has a sister named Minori, who she shares a room with and annoys her once in a while. Saki also has a crush on Mai's elder brother, Kazuya, and often blushes in front of him.

Saki's whole name can mean, but does not directly translate into, "blooming towards the sun", or a sunflower, and a sunflower is also Cure Bloom's symbol. Saki has short auburn hair mostly pulled back with a few clips and a small ponytail, and brown eyes in her civilian form, and red hair after she transforms. As Cure Bloom, Saki introduces herself as, "The Shining Golden Flower, Cure Bloom!" while she introduces herself as "The Full Moon in the Sky, Cure Bright!" in her Cure Bright form.

She was voiced by Orie Kimoto.

Saki has short, orange hair and eyes. She wears her hair in a small pony tail on the back, and has few hair clips on the front.In her civilian form, Saki wears a pink-striped shirt with a chiffon-yellow jacket and wears deep pink pants. Her school uniform is pale orange with a red bow tie and dark apricot plaided skirt; Saki wears her light pink tennis shoes. When getting ready to practice softball, Saki acessorized herself with a white slugger shirt that have red velvet long sleeves. The slugger shirt was printed as "Y.J.H."

As Cure Bloom, Saki's hair became slightly long and was tied into a yellow headband with a red heart on the center, as her hair color merges into orange. She wears a deep pink dress with a red bow that contains a yellow curved heart at the center, and her midriff is dark plum. Cure Bloom has a yellow belt, containing a pink curved heart, on her waist. She uses pink armwarmers with finger-cut dark gloves with a hot pink heart in each. Also, her legwarmers go into the same colors and have red glossy hearts in each, and wear dark plum-colored shoes. Cure Bloom have yellow and white ruffles on her shawl, skirt and infront of the bow.

As Cure Bright, Saki's dress was yellow and green with a yellow bow, containing a red curved heart, dark pink finger-cut gloves and shorts, yellow armwarmers and legwarmers, dark yellow shoes, and a belt that has a moon, sliced in eighth by a tiny triangle on the upper right. 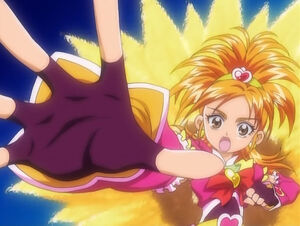 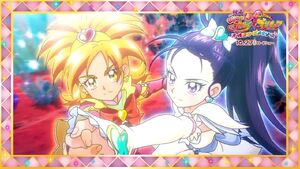 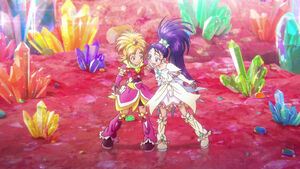 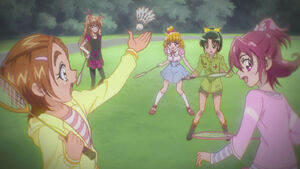 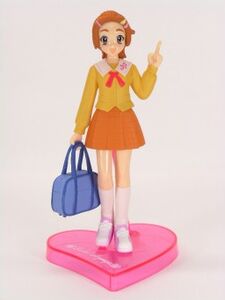 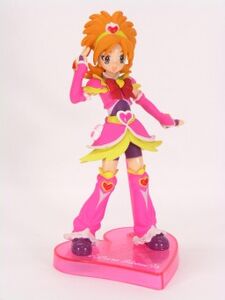 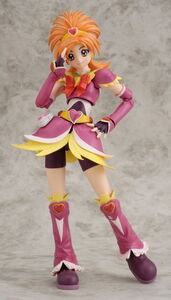 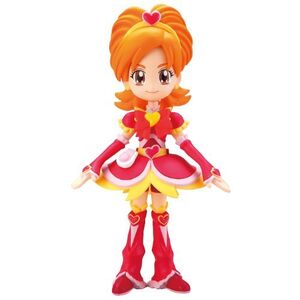 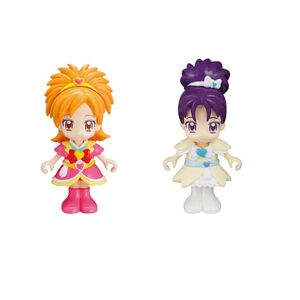 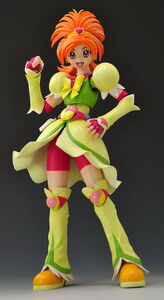 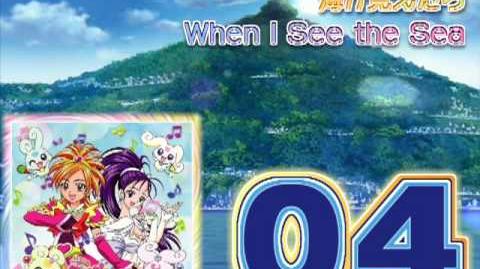