Sakura is one of the supporting characters of Pokémon. She is a Pokémon Trainer who lives with her sisters, the Kimono Sisters, in Ecruteak City.

Sakura is a young Pokémon Trainer from Sinnoh who had the misfortune of having a Pokémon use Earthquake in a cave without knowing what would happen, killing her parents in a cave-in and losing her sister for a long time. Sakura was still a very kind person to everyone she met and was always willing to help if needed, it took her four years to find her missing sisters and now she's having a normal life with her sister, traveling around the world with her.

Sakura debuted in Trouble's Brewing!. She soon struck up a friendship with Misty, after learning that were both the youngest in their families and has similar experiences with their older sisters. While she had been training to be a fully trained Kimono Girl, like her sisters, she had dreamed of becoming a Pokemon Trainer and looked forward to challenging the Johto League. She even considered joining Ash and his friends on their Pokémon journey. Though after witnessing Ash's group battle against her sisters, she decided that she wanted to train by herself first before embarking on her own journey. 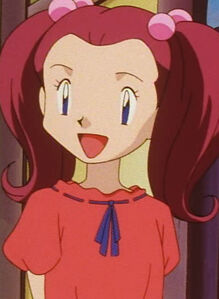 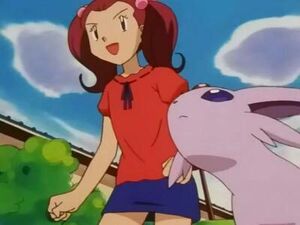 Sakura and her Espeon. 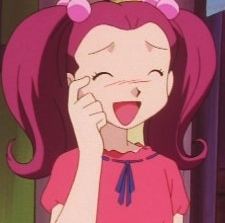 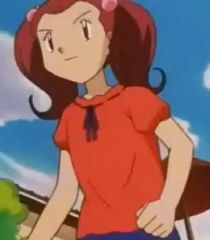