Get out from Killing School Life (abandoned).

Save her friends (succeeded at the cost of her life).

Martyr
Pawn of the Villain

Sakura Ogami (大神 さくら Ōgami Sakura), nicknamed “The Ogre” online, is one of the characters featured in Danganronpa: Trigger Happy Havoc and a participant in the Killing School Life.

Sakura attends Hope's Peak Academy's Class 78th as the Ultimate Martial Artist (超高校級の「格闘家」chō kōkō kyū no “kakutōka”). She was an expert martial artist and wrestler who became a champion in an international competition held in America. As of now, her 400-win streak has yet to be broken. Due to her extremely masculine and scarred appearance, students forget the fact that they are talking to a woman.

Sakura was blackmailed by Monokuma into working with him, and later committed suicide In Chapter 4 in order to cease the dispute which has arose between the other students after her secret was revealed.

Sakura appeared in Danganronpa: Togami at the beginning as a minor antagonist and later an ally of Byakuya.

Sakura is around 19 years old, though she believed herself to be 17 in Danganronpa because of the memory loss. Due to her having a very tall muscular build, deep voice, and decidedly fierce appearance, Sakura has often been mistaken for being a male - a prominent example being Kiyotaka Ishimaru, who realized Sakura was female only once she explicitly announced so during the first class trial. She has long white hair, reddened-dark skin; blue eyes, and a scar across her face. She often wore her expression in a slight frown.

Sakura donned a white sailor school uniform with ripped sleeves and bandages on her arms and legs, and a blue skirt that barely covered her extremely muscular thighs.

Contrary to what her appearance might suggest, Sakura is a quiet and level-headed girl. She has a habit of talking in an old-fashioned, formal manner, possibly influenced by the fact that she was heir apparent to a dojo with a three-hundred-year history. She rarely loses her nerve and often sees things above any given situation. However, at times she can grow slightly impatient and upset or lose her temper completely and become extremely intense, such as when her friends get hurt or when she cannot properly train for a long period of time. Sakura was also shown to be quite close with Aoi Asahina, most probably due to their mutual enthusiasm in athletic activities; she was visibly upset when someone had attempted to grievously harm Hina.

Likely inheriting a spirit of loyalty from her clan, Sakura also greatly revered and respected her friendship with the other students of Class 78th, going as far as committing suicide in order to prevent them from turning against each other. 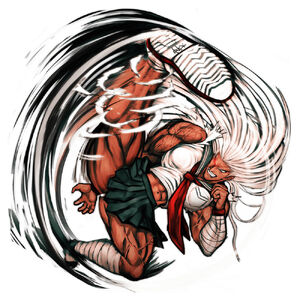 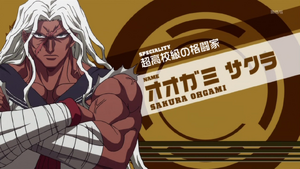 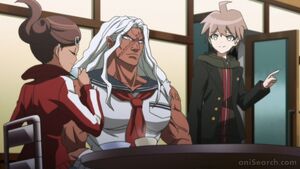 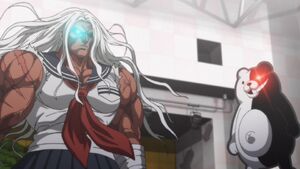 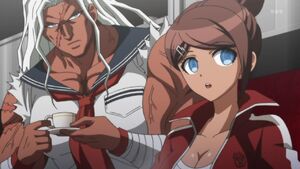 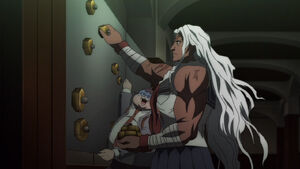 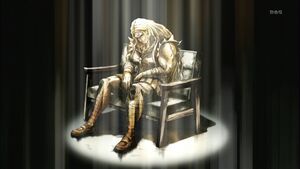 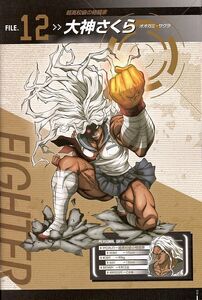 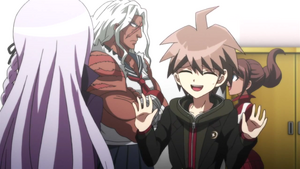 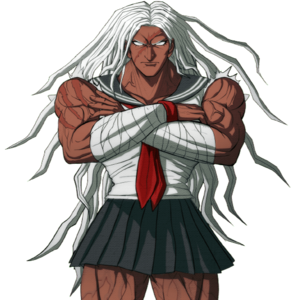 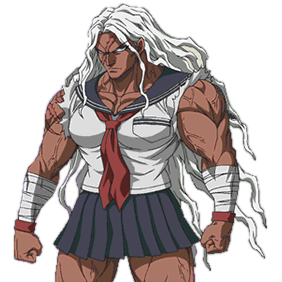 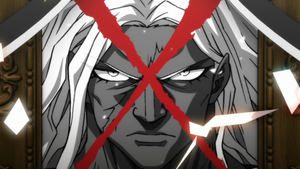