Member of the Teikoku Kagekidan's Hanagumi

Take down Aya-me, Ciseaux and the Kouma.
Get back to her world (Project X Zone).

Sakura Shinguji is the main protagonist of Sakura Wars anime series. She is a clumsy girl who works with Flower Division into defeating evil robots. She also carries a sword. Born in Sendai, Miyagi, Japan on 28 July 1905. Master of Hokushin Itto Ryu Kenjutsu.

Daughter of Kazuma Shinguji (hero of the last demon war), and heir to the spiritual power of the Shinguji family, she was summoned to Tokyo by General Yoneda sometime after the formation of the Hanagumi. Moving from rural Sendai and struggling to live in a new metropolitan lifestyle, she faces even more challenges in attempting to integrate herself with the members of the Hanagumi.

She is voiced by Chisa Yokoyama in the Japanese version of the anime, and by Amber Alisson in the first OVA, Katherine Catmull in the second OVA, Jenny M. Larson in the TV series, and Wendee Lee in the Bandai/Geneon, Funimation and NIS America dubbed versions of the anime.

In the first game of the series, she was the newest member of the Flower Division and it wasn’t exactly easy for her. Sakura had to overcome her inexperience and prove herself to her comrades in order to gain acceptance within the group. In the end, however, she proved herself a loyal friend and worthy asset of the Flower Division - both on the stage, and on the battlefield.

She's also the first girl the player, as Ohgami Ichiro, meets in the game.

Ohgami Ichiro met Sakura in a park and she showed him the way to the Grand Imperial Theater. Throughout the rest of the game, the player has the choice to choose her as Ohgami's girlfriend. In her ending (if she is chosen), she left a letter to Ohgami stating she's going home by train. After Ohgami received the letter, he took Kohran's motorcycle and chased Sakura's train. As she sat down, Sakura saw Ohgami and suddenly stopped the train. She jumped into Ohgami's arms and apologized to Ohgami for leaving before they kiss.

Throughout her character episode, it's revealed that she has astraphobia (fear of lightning).

Sakura is gentle, polite and kind but somewhat clumsy and naïve. She has a bright and cheerful personality with a strong sense of justice. She constantly gets jealous whenever she catches Ogami talking with another girl.

Being the newest member of the Flower Division wasn't exactly easy for the naïve newcomer. Sakura had to overcome her inexperience and prove herself to her comrades in order to gain acceptance within the group. In the end, however, she proved herself a loyal friend and her definite worth as an important asset of the Flower Division- both on the stage, and on the battlefield.

Sakura makes an appearance in Project X Zone. She is a playable character with her partner Ichiro Ogami. In PxZ2, she is switched up with a different partner, and is going to be paired with Sakura Wars 5 main character, Gemini Sunrise.

A member of the Flower Division of the Imperial Assault Force. Cheerful and energetic with a strong heart. Although generally brave, an incident in her past has left her with a fear of lightning. As a daughter of the line of Shinguji she is possessed of the power of Haja, she fights evil with her deceased father's "Reiken-Arataka" demon-defeating blade and her mastery of the Hokushin Itto Ryu sword style. When not saving the capital, she has top billing as an actress in the Imperial Theater. Although she has feelings for Ichiro, who supports her both in battle and as an actress, this can sometimes seem a little one-sided and she can even become quite jealous. She often quizzes Ichiro on what he has been doing with the other members of the division, and meeting with Erica in Paris was no exception. 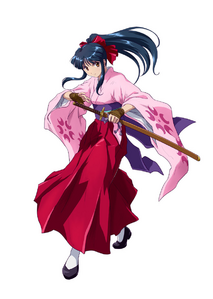 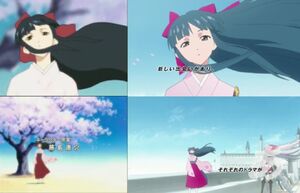 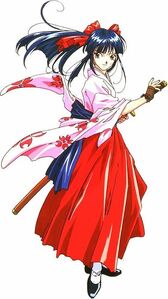 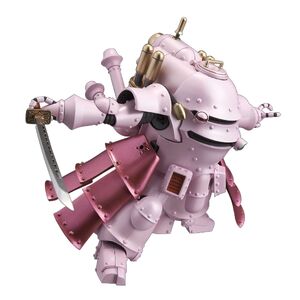 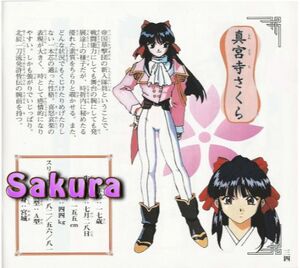 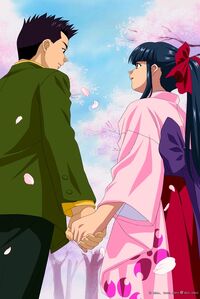 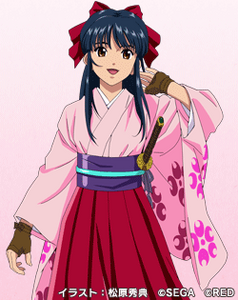 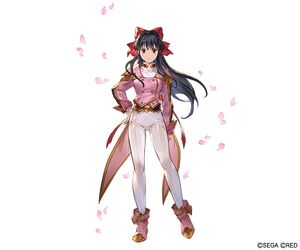 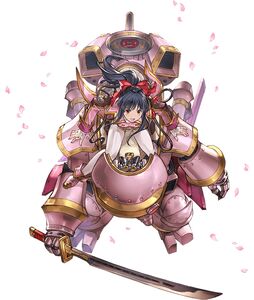 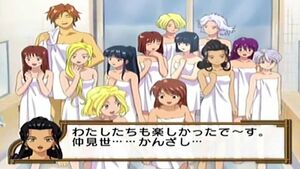 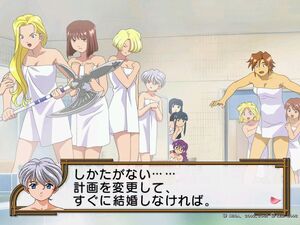 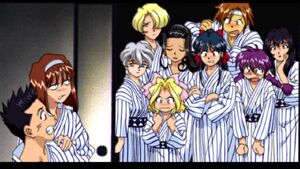 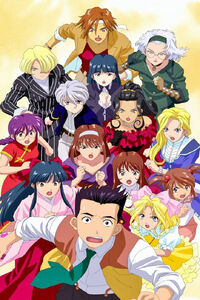