Bring the Chickeraffe to its original habitat (succeeded).
Find his mother by trying out some of her green eggs (ongoing).

Sam-I-Am (or Sam for short) is the protagonist in Dr. Seuss’ story Green Eggs and Ham and the 2019 Netflix series of the same name. He is a short, anthropomorphic creature with no ears or a tail who constantly asks the co-star of the book to try the green eggs and ham. Sam-I-Am has become one of the most recognizable Dr. Seuss characters.

In the 1973 special Dr. Seuss on the Loose, he was voiced by the late Paul Winchell, who also played Tigger in Winnie the Pooh. In the 2019 Netflix series, he is voiced by Adam DeVine, who also voiced Pizza Steve and Julian.

Sam first appears at the beginning of the book introducing himself, whilst [unintentionally] annoying Guy-Am-I. He then tries to offer him "Green Eggs and Ham", to which Guy tells him that he hates it, stating "I do not like green eggs and ham. I do not like them Sam-I-Am".

Sam then goes to great measures in trying to convince Guy to eat the dish, suggest if he would like to eat them in various locations (such as in a house, in a box, in a car, in a tree, on a train, in the dark, in the rain, and on a boat) as well as with various individuals (such as with a mouse, a fox, and a goat). Each time, Guy continues to refuse, growing angrier each time and repeating everything Sam suggested.

Eventually, Sam and Guy get themselves trapped on an isolated island alongside everyone Sam suggested Guy should eat with. Guy, feeling defeated, tells Sam that if he tries "Green Eggs and Ham" that Sam will "let him be" to which Sam agrees. Guy then eats the dish, and to his surprise, enjoys it, stating "I do so like green eggs and ham. Thank you, thank you, Sam-I-Am. 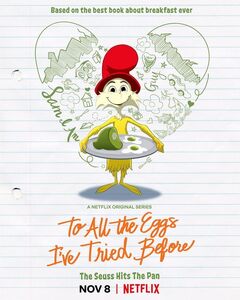 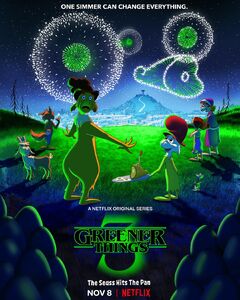 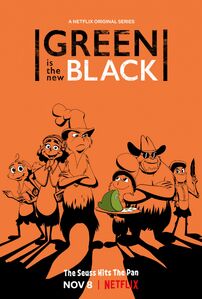 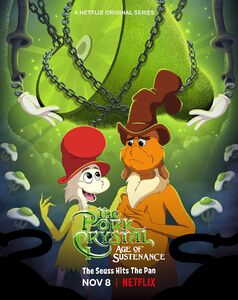 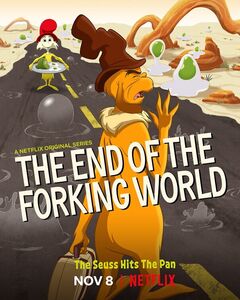 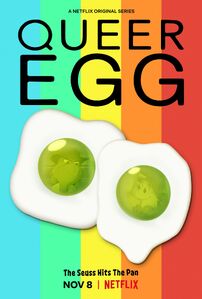 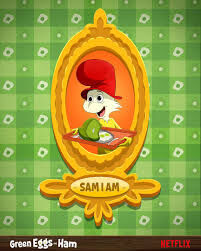 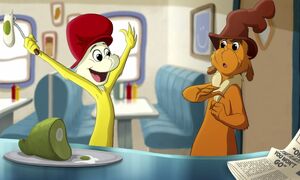 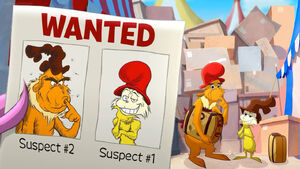 In the episode "There" it is revealed that Sam has some aliases.

The reason Sam has so many nicknames is that nobody ever wanted him to stay the same person before.

Retrieved from "https://hero.fandom.com/wiki/Sam-I-Am?oldid=2320262"
Community content is available under CC-BY-SA unless otherwise noted.