Spending quality time with Violet and his friends.

Save the world from the aliens and win Violet's heart (all succeeded).

Sam Brenner is first seen entering the local arcade along with his best friend, William Cooper. They meet Ludlow Lamonsoff, a child who has a huge crush on Lady Lisa. Sam is pretty good at winning every game, but losing to Eddie Plant (who actually cheated by using cheat codes) in Donkey Kong. In the present, he now works for a company that installs home theater systems while Cooper is the President of the United States. Sam first meets Violet Van Patten, a divorced woman who is a Lieutenant. He shows everybody the attack in the base. Brenner discovers that Ludlow is in his van and Ludlow takes him home. After the Taj Mahal is destroyed by Arkanoid paddles and a person gets kidnapped, he and Ludlow decided to train soldiers in order to prepare for the threat. As Centipede appears in the sky, Brenner tells his men to shoot them down. He and Ludlow take over with permission from Cooper as Centipede is destroyed. Sam and his team discover that Pac-Man is causing havoc in New York and Violet presents them with four Mini Cooper cars with the Pac-Man ghosts color scheme. Sam, Ludlow, Eddie and Toru Iwatani, the creator of Pac-Man must stop him, but Iwatani's arm gets eaten up by Pac-Man and the other three chase Pac-Man down, but Ludlow and Eddie fail to stop Pac-Man and Sam successfully destroys Pac-Man after thinking of a better idea. At the ball for the team's victory, Sam begins to date Violet as they talk about life as he begins a hint of romance with her, but the aliens return and kidnap Violet's young son, Matty. Violet decides to join with Sam and Eddie along with President Cooper and the newly-reformed Q*Bert. Sam, Violet and the others enter the space ship where they take down Donkey Kong, who rolls barrels at them. With the help of Matty's advice, Sam manages to use a hammer to destroy Donkey Kong and all the aliens become frozen and taken back to the ship along with Lady Lisa. The team are finally declared as heroes for saving Earth and Sam and Violet begin their first kiss as they became a couple towards the end of the film. 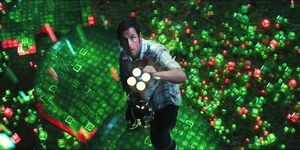 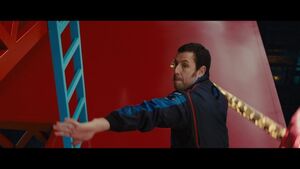 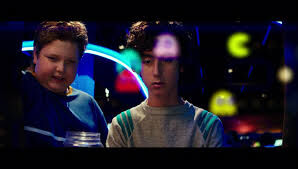 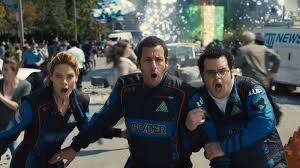 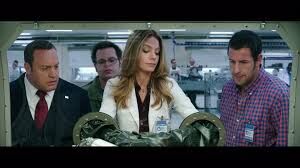 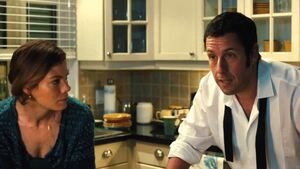 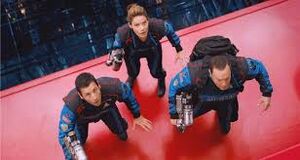