Sam Wheat is the main protagonist of the Jerry Zucker's 1990 film, Ghost.

He is portrayed by the late Patrick Swayze.

New York banker Sam Wheat lives with his girlfriend Molly Jensen, and later killed from a gunshot (Willy Lopez) trying to protect Molly while they are both walking home from a theater. He later discovers his former friend and co-worker Carl Bruner, also a money launderer for a drug ring, is behind his murder.

He becomes a ghost and can now walk through solid objects, but can no longer be seen or heard by Molly. He cannot bear to leave Molly just yet even as a shaft of light from Heaven beckons him to move on to the afterlife. 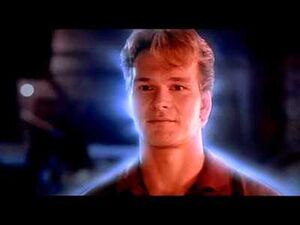 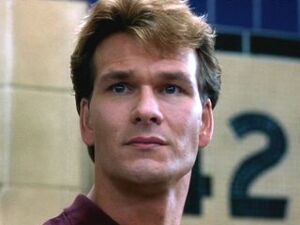 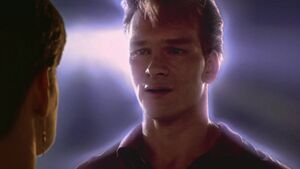 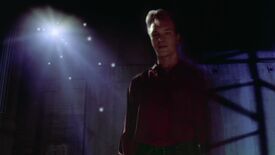 Add a photo to this gallery
Retrieved from "https://hero.fandom.com/wiki/Sam_Wheat?oldid=1930010"
Community content is available under CC-BY-SA unless otherwise noted.