Wadanohara and the Great Blue Sea

Aonami (also known as Samekichi) is a main character in Wadanohara and the Great Blue Sea. He is a former familiar of Wadanohara and cares for her happiness more than his own., he also the father of Minami

Samekichi has slanted, dark blue-greyish eyes with long messy greyish-blue hair and three ahoges that stick out at the base of his dorsal fin. His dorsal fin, in comparison to Old's and Idate's , is shorter, and appears to be the same height as Sal's. His hands are black and his fingers are pointed. He has a shark's tail sticking out behind him.

He wears a fur-lined black jacket over a grey top and an anchor necklace. His pants are a darker grey than his shirt and his shoes are black with short heels.

At first, Samekichi comes off as a rude antagonist type, and he tells Wadanohara to leave the sea. However, once his true intentions of protecting her are revealed, he works with her and treats her with kindness, despite still having a cold, "tsundere" exterior at times. Back when he was Wadanohara's familiar, he also acted this way, getting mad at others often but still having an ultimate goal of helping and being kind to Wadanohara. He is shown to be more kind and bashful when he's having a special moment with Wadanohara, such as when he confesses his love for her or gives her an ocarina as a gift. He also takes things Wadanohara says to heart, and remembers small details of what she says (i.e. when she told him she wanted a portable instrument and he got her the ocarina).

He is accused of betrayal in the beginning of the game due to his secretive actions, resulting in him becoming angry and taking that out on others. Besides this, he tends to be caring towards the other familiars in times of need and tries to help them as best as he can along the way. He joins Wadanohara's team in travel and battles when the sea temporarily becomes the Red Sea at the climax of the game.

It is also revealed that Samekichi does not care for the sea or what happens to it. He only defends it with such ferocity because it is dear to Wadanohara. Most of what he does throughout the story is for his overall goal of making her happy and safe.

Samekichi usually keeps his composure, but in certain situations, such as when people tease him or hurt Wadanohara, he will yell and/or lose his cool. He is also shown to get annoyed and angry easily, but as said before, usually controls this temper. Other times he loses grip of his composure are in times of extreme sadness or despair, such as when he panics after Sal wounds Wadanohara and he later kills Sal with the sword in the true end, or when he falls into depression after Wadanohara vanishes in one of the normal ends.

While being suspected, Samekichi is seen through short cutscenes usually talking to an off-screen character or muttering to himself. He gets injured due to an unknown reason and is beaten by Idate and healed by Wandanohara.

After Wadanohara regains her memories, he dismisses apologies and claims he thought nothing of it. After a while of traveling in the nightmarish palace, Samekichi notices Fukami staring at him (assuming to be jealous of him and his relationship with Wadanohara) but makes nothing of it. He begins to hesitate when Sal captures him. It is up to the player to decide upon saving Samekichi or moving on.

in the true ending he punishes Sal for his crimes by killing him. 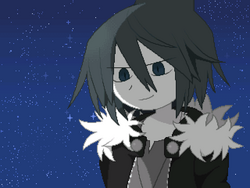 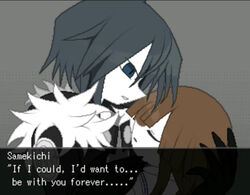 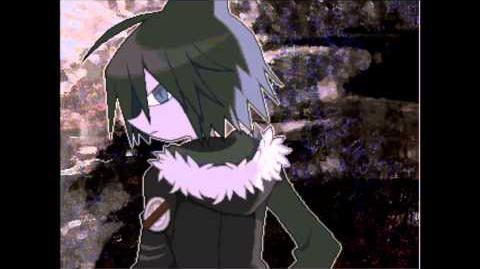 Retrieved from "https://hero.fandom.com/wiki/Samekichi?oldid=2298444"
Community content is available under CC-BY-SA unless otherwise noted.