He is the Wind Hashira of the Demon Slayer Corps and the older brother of Genya Shinazugawa.

His face and body are covered with scars, accumulated during his many years of fighting against the demons. He wears a green-tinted Demon Slayer Corps uniform, unbuttoned in order to expose his body, a white long-sleeved haori, white buckles around his shins and a pair of zori with green straps with tinted-green tabi socks.

Sanemi is a very aggressive, hot-blooded, and stubborn boy, often pushy and quick to lash out.

Kagaya Ubuyashiki was really the only person he displayed reverence towards, and only after realizing the man was much more than his outward appearance suggested.

His cold, rude, and abusive behavior is the result of having lost too many people that he cared about in the past. 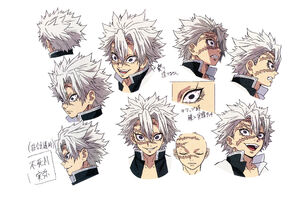 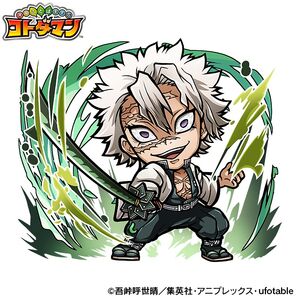 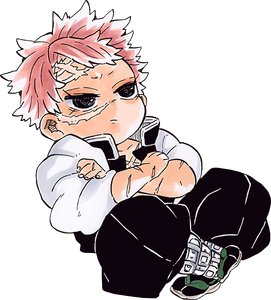 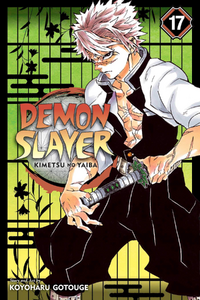 Sanemi on the cover of the seventeenth volume. 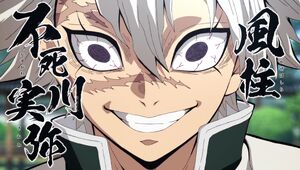 Sanemi's introduction in the anime. 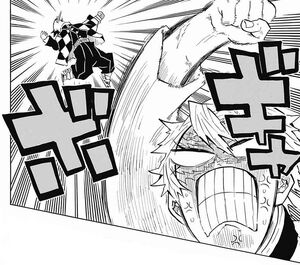 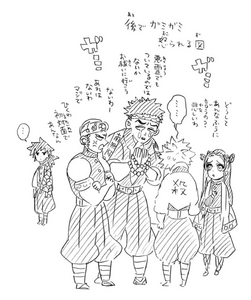 Sanemi is scolded by his fellow Pillars after the first meeting with Kagaya that did not go well. 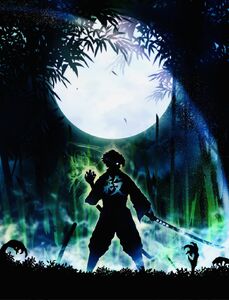 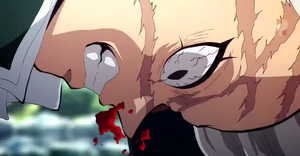 Sanemi after being knocked by Tanjiro. 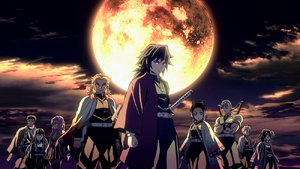