To help the Doctor in his adventures.

To protect Earth from alien attacks.

Heroine
Sarah Jane Smith, occasionally rendered Sarah-Jane Smith, was an investigative journalist who served as the deuteragonist in the eleventh to fourteenth series of Doctor Who, a recurring guest character in it's revival series and the main protagonist of it's 2007-2011 spin-off series The Sarah Jane Adventures.

She was portrayed by the late Elisabeth Sladen as an adult and Jessica Mogridge and Jessica Ashworth as a child.

Sarah Jane travelled with The Doctor in his third and fourth incarnations. She later reunited with him in his tenth incarnation and had adventures with him and his immediate successor, the Eleventh. On TV and in spin-off media, Sarah Jane met nine of the Doctor's incarnations in total: those already mentioned and the First, Second, Fifth, Sixth, and Seventh.

Her time with the Doctor ended after he had to go to Gallifrey and at the time humans weren't allowed on the planet so the Doctor was forced to leave Sarah Jane on Earth but when doing so, he accidentally left her in Aberdeen instead of Croydon. Sometime later the Doctor gifted her with a robotic dog named K-9 Mark III, with whom she shared a number of adventures (many unchronicled). K-9 III was later destroyed, but the Doctor subsequently gave her K-9 Mark IV as a replacement.

After an encounter with the Tenth Doctor, which reinvigorated her after many years of malaise, she began re-engaging in her own efforts to help protect Earth from hostile extraterrestrials and helping peaceful aliens. Based out of a home on Bannerman Road, London, and aided by a group of young companions that included her adoptive children alien boy (Luke) and girl (Sky) she adopted, Clyde Langer, Maria Jackson (who later moved to America) and Rani Chandra, as well as a sentient computer named Mr. Smith, she engaged in a number of adventures. One adventure was shared with Jo Jones (nee Grant), herself once a companion of the Third Doctor. These adventures were chronicled in the spin-off series The Sarah Jane Adventures, plus several crossover appearances on Doctor Who.

In this 2020 audio story, Sarah Jane has passed away and her funeral is attended by Luke, Clyde, Rani, Maria (via video link) and several friends (including other former companions of the Doctor). 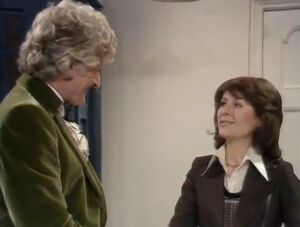 Sarah Jane with The Third Doctor 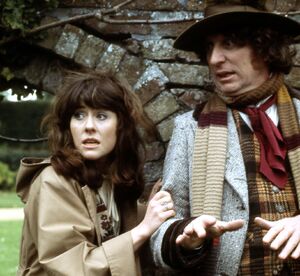 Sarah Jane and The Fourth Doctor 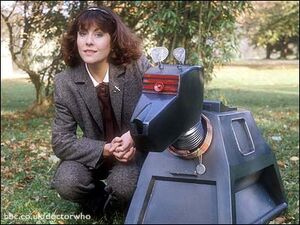 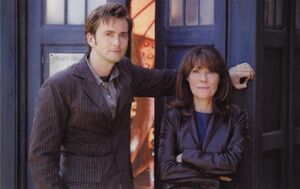 Sarah Jane and The Tenth Doctor 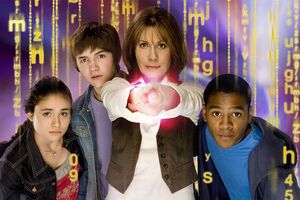 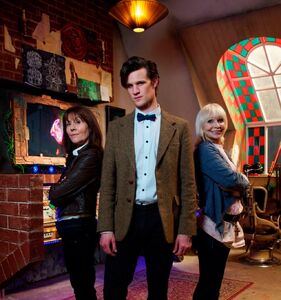 Sarah Jane with The Eleventh Doctor and Jo Grant 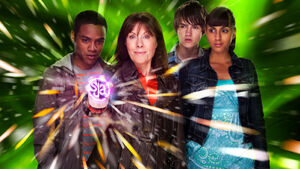 Sarah Jane with Clyde, Luke and Rani
Add a photo to this gallery

Retrieved from "https://hero.fandom.com/wiki/Sarah_Jane_Smith?oldid=1943279"
Community content is available under CC-BY-SA unless otherwise noted.