Sarah Kazuno is the leader of Aqours's rival group, Saint Snow. She is one of Saint Snow's two members, the other being her younger sister, Leah Kazuno. Sarah is a third-year student at Seisen Girls' Academy. Her image color is sky blue.

While singing, Sarah is the lead vocalist. Sarah is also the lyricist and the composer of the song for Saint Snow.

Sarah is an outgoing girl, using speaking on behalf of both of Saint Snow's members in its exchanges with Aqours.

Despite her being the more hospitable of the Kazuno sisters, Sarah maintains her sense of combativeness through asserting control over converstations she engages in. Her competitiveness is also highlighted in her sole desire to win the Love Live!. She believes that, through reaching the same ends which A-RISE and u's arrived at the Love Live!, victory in the Love Live! would give her insight into the qualities that made the two idol groups.

Much like her sister, Sarah displays a high level of conviction for Saint Snow's cause. Despite complimenting Aqours for their performance at the Tokyo idol event, it is revealed through Leah's comments that Sarah belittled Aqours's performances for being child's play, and would rather they give up on winning the Love Live!.

Sarah carries herself with a sense of self-assurance as well, boasting of Saint Snow's performance before Aqours in the lead-up to their performance at the Tokyo idol event. 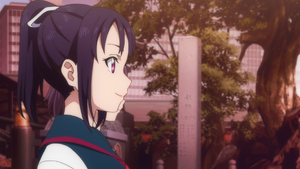 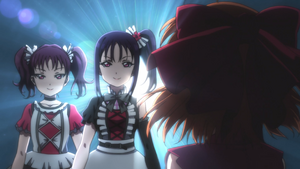 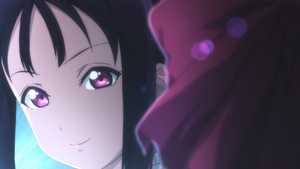 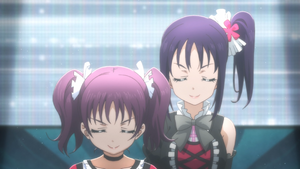 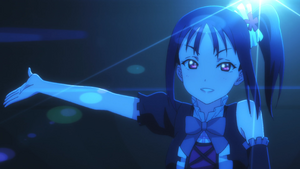 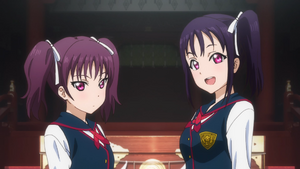 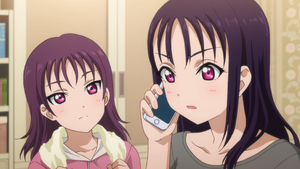 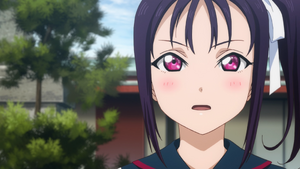 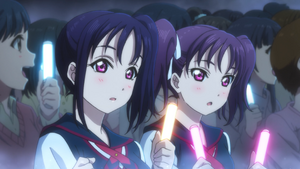 Add a photo to this gallery
Retrieved from "https://hero.fandom.com/wiki/Sarah_Kazuno?oldid=1693605"
Community content is available under CC-BY-SA unless otherwise noted.