To protect the humanity in the Walls of Paradis.

To make her father proud with her (succeeded).
To winning the cooking champion from Jean Kirschtein (OVA 2 only, failed).

Sasha Braus is a major supporting character in the anime/manga series Attack on Titan. She was part of the 104th Cadet Corps, and serves as a comic relief to the otherwise gloomy, despairing setting of the series.

A compulsive food hoarder with an overly polite way of speech, Sasha originates from the Dauper village (a southern district of Wall Rose), a scarcely populated hunting village from the mountains of which others are surprised it still exists. She is one of the new recruits that came in together with Eren and Mikasa, Sasha joins the Survey Corps despite being terrified of Titans. She is best friends with Connie Springer and Jean Kirschtein.

Sasha was a friendly girl who tends to use formal speech even when conversing amongst other trainees to hide her country accent she had back in her village. She was a simple-minded (shown at the potato incident) and eccentric girl. She also had the urge to eat a lot, this is due to her being raised in the south, where animals became scarce. She was also known as 'potato girl', after the potato incident.

Sasha seems to have lived with her father from the Dauper Village from the mountains before joining the Scouting Legion. The Dauper Village is a low populated village which specializes in hunting for food, hence her knowledge and skills for hunting and animal instincts. She left the village to join the military after getting into an argument with her father when he told her they might have to give up their traditional lifestyle of hunting in favor of farming to support the large number of refugees moving to the area after the fall of Wall Maria.

She originally lived in a village called Dauper located in a southern district of Wall Rose.

On the first day of training, she stole a hot potato from the kitchen and got into trouble for eating it while Keith, their head instructor, was performing the "Rite of Passage" ritual on them. As punishment, she had to run around for 5 hours. Krista snuck in some bread from the dining hall to help Sasha out after she passed out from the exercise. During training sessions, it was observed that she had uncanny intuition and followed unconventional practices, which made her inappropriate for group activities. Her fellow trainee, Ymir taunts her for speaking overly politely and lady-like and ignoring her home village's dialect. Ymir asks her to remove the mask she was putting on herself and speak her original dialect. This caused her and Christa to fight each other about it. Christa opines that she should speak those words as and when they come to her.

Sasha later graduates with the ninth position among the trainees.

Sasha, along with Eren and the others, is assigned to maintain the cannons on top of Wall Rose in Trost District. She steals some meat from the Officer's provisions and offers to share it with them. She enthusiastically predicts that after they reconquer Wall Maria, they will be able to keep cows and sheep. This puts everyone into high moods and they get back to work. Suddenly, the Colossal Titan appears out of nowhere and breaks the gate of Trost with its foot. Everyone is knocked off the Wall and Sasha manages to save Samuel from falling down. She is later assigned to guard the middle of Trost from incoming Titans. She is later found trying to convince the remaining trainees to try retaking the Headquarters together. When Mikasa arrives and hears of Eren's death, she scurries off towards the headquarters, and Sasha mocks everyone, calling them "Cowards, Weaklings, Idiots!". She successfully reaches the headquarters, where Armin devises a plan to clear the supply room off Titans. During the execution of the plan, she messes up and Mikasa and Annie save her. She immediately becomes grateful to Mikasa. During the reconquest of Trost, she was involved with the decoy team.

Sasha decides to join the Scouting Legion, seeing that Jean, Connie, Ymir and Christa were doing the same. She becomes a bit afraid and starts crying when Irvin gives his daunting speech about the Scouting Legion's missions. However, she does not back off and remains there, facing the fear of the Titans.

A month later, she involves herself with the Scouting Legion's 57th expedition. She was positioned on Line 2 and File 3 in the enemy detection formation and was on relay duty. On the way, she was attacked by a Titan, which was unassumingly hiding behind a shed. Her squad members successfully lure it away and she returns back to her assigned position. Being on the left flank, she does not encounter the female Titan. Later, she was assigned to guard the border of the Forest of Giant Trees, after the middle flank successfully lures the Female Titan in. After the Female Titan's capture, she recognizes her scream to be similar to that of a cornered animal screaming for help. She realizes that it was time to be much more careful than before and warns Mikasa about it. Later, she returns back to the Karanese District with the Scouting Legion, worn and broken.

Sasha and the others are stationed close to her and Connie's villages as they await orders. They do not seem to understand why they were stationed there. Sasha hears multiple heavy footsteps coming from a distance and they soon learn that Wall Rose had been breached and that they must act quickly. She joins the North Squad to help evacuate the villagers in the northern part. She worriedly returns to her own village noticing that a certain Titan had headed straight for it.

"Lightning fast, with uncanny intuition. But her eccentricity makes her unfit for group operations"

Sasha is ranked one of the top 10 ten trainees of her squad implying good physical abilities. She was also commented to have one of the better senses of balance out of her trainee squad. As well as physical abilities Sasha has good knowledge of hunting and wild animals, shown when the Female Titan screamed- she knew exactly what the scream meant and that they should be wary. She also seems to be athletic and useful with bow and arrow, injuring a 3m class titan alone with just a bow. 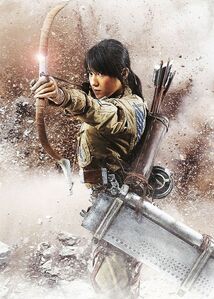 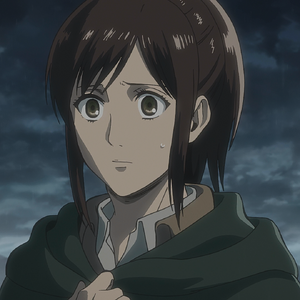 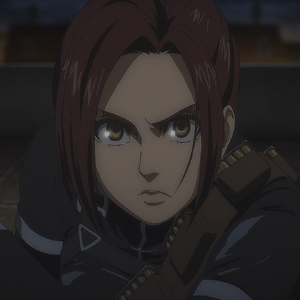 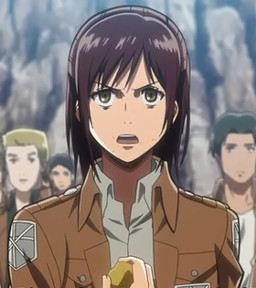 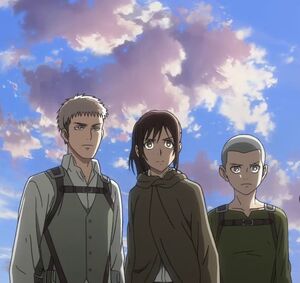 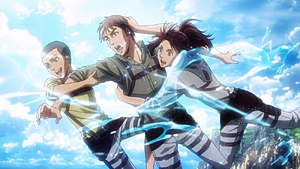 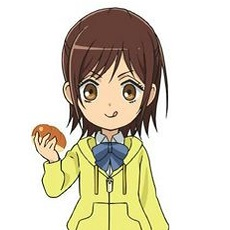