Assassin for the anti-shogunate forces

Saya (real name: Sarsha) is one of the major characters in the Samurai Shodown video game series.

She was voiced by Kyōko Hikami.

Saya is an attractive woman born in England. Her family is one of the most important business companies between the England and Japan, but they are also one of the people involved in criminal activities. An extermination force was sent to destroy Saya's family because they refused to accept the conditions of a group of thieves led by mysterious person known as Oboro. The mission was successfully completed and Saya's parents were quickly killed. However, the young Saya still remained. But when an assassin ninja took her in and brought her back to Japan, she survived.

Since then, Saya has undergone a deadly killing art training that has become a walking threat to her two daggers, which can lead to death, because Saya can spin them as fast as the wind. However, she has been living in anger against the Razor trio and living in Bafuku, allowing her family to be manipulated by criminals and not doing anything to avoid their murder.

Soon after, she joined the "Atom Rebels" Liberation Group, along with Jushiro and Rinka, she suggested that she cancel the Rifen Kyo's Bafuku and Razor Trio.

Saya is a gregarious and flirtatious woman. But she acts as the sisterly figure for those in her village and Rinka. Although she acts flighty, Saya takes her missions seriously and won't quit until the job is done. However, she is quite vain and arrogant, but her sense of freedom and kindness have a strong presence in her heart, as well. 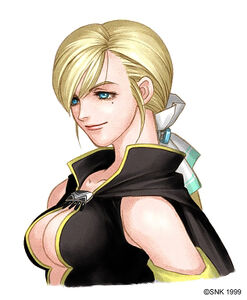 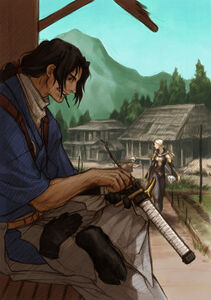 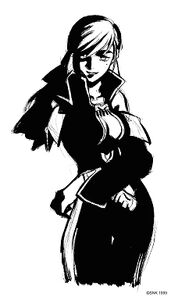 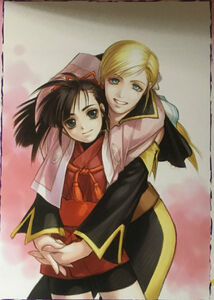 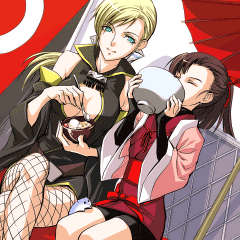 Saya and Rinka in Days of Memories.
Add a photo to this gallery

Retrieved from "https://hero.fandom.com/wiki/Saya_(Samurai_Shodown)?oldid=2215294"
Community content is available under CC-BY-SA unless otherwise noted.