Leon Kuwata (due to unknown reasons to target him for murder)

She has the title Ultimate Pop Sensation (超高校級の「アイドル」chō kōkō kyū no "aidoru"), as she was the singer of a popular idol group in Japan. Sayaka used to be in the same school with Makoto Naegi, though the two did not talk much back then.

Sayaka first was introduced to Makoto, being his friend that met during middle school, after their talk with Monokuma, he states that he's going to hurt the person they care about so much, this triggered Sayaka, as she did not want her people to die because of her, she planned on betraying Makoto (however she does not want to) and kill Leon in Makoto's room so Makoto can be blamed. However she got killed by Leon Kuwata in Chapter 1 after attempting to do the same to the same, before her ultimate demise she left a message that points to Makoto being innocent, possibly redeeming herself.

Sayaka is seen in Makoto's nightmare, being the main voices who blames him for his false promises and says how Makoto deserves to die, however this isn't real Sayaka herself.

Sayaka is considered very attractive, as she is adored by fan girls and boys alike. The obvious blush and eyeliner suggest that she often wears makeup to help keep this appearance. She has long, dark blue hair, with several hair clips and blue eyes. Sayaka's casual attire consists of a sailor-like, white-and-blue schoolgirl uniform with a pink bow on the front, a plaid blue skirt and black socks that end at her thighs with brown, buckled shoes. Sayaka's idol clothing is a sleeveless pink and white dress with a pink ribbon and ruffles at the bottom, which ends just a little bit above her knees. She also wears an intricate matching ribbon on the right side of her hair and white knee-high boots. Her hair is tied into two pig tails with pink clips on her bangs. In her official art, Sayaka wears her stage outfit, which consists of a ruffled, collared pink and white dress, a pink bow on the front and knee high white boots. She wears a black see-through armband on her right arm and a thin white arm band and a fluffy white bracelet on her left arm. She also wears a large pink bow over a white headband and she has multiple star hair clips.

As an idol, Sayaka is a cheerful, sweet and supporting girl. Sayaka develops a bond with Makoto Naegi, whom she considers her friend, assisting him on every occasion in Chapter 1. However, she tends to hide her feelings when she is under great pressure by putting on her public persona. She also cares greatly for her band members, and would not hesitate to do something if anything were to happen to one of them, including things that could hurt others. Sayaka mentions that she often finds herself focused on a particular person, but pushes these thoughts out of her mind to commit herself further to her idol career. Sayaka has an amazing intuition, as she can easily tell what people are thinking. She often joked by telling people she was an esper, only to admit that she was kidding later. However if she being pushed to her limit, Sayaka will do anything even if it's risk. After she watched Monokuma's Motivational Video, she only thinks of how she could escape from the Academy, even planning to betray Makoto. 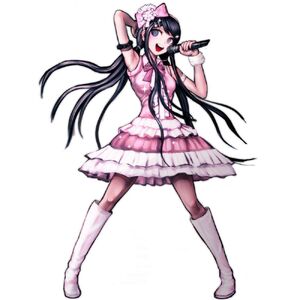 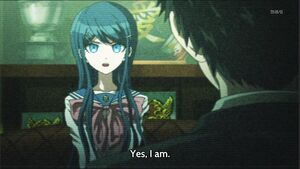 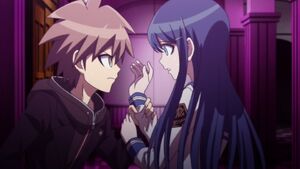 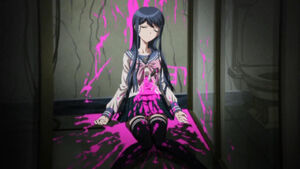 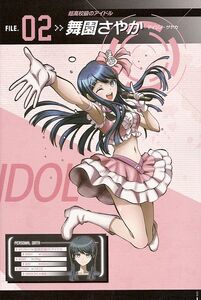 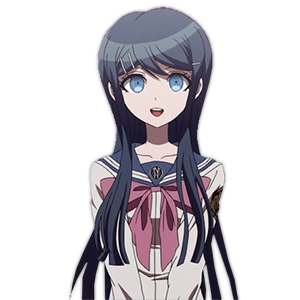 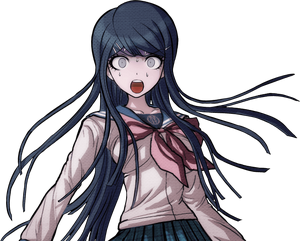 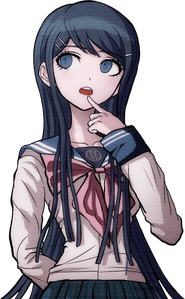 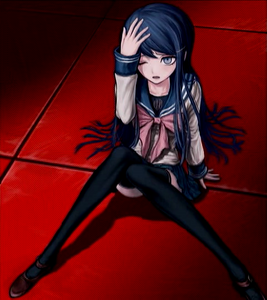 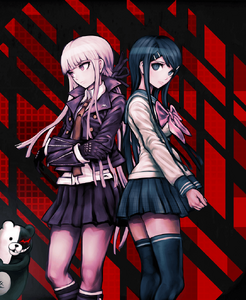 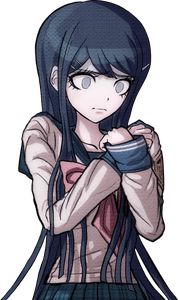 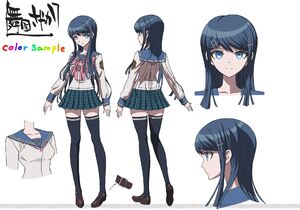 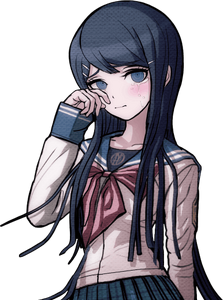 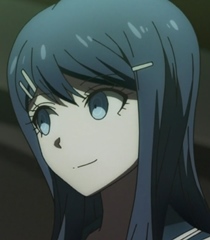 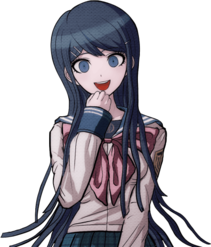