Scamper is an immortal, talking zombie rabbit and one of the two tritagonists the film Igor.

He was voiced by Steve Buscemi who also voiced Horace Nebbercracker from Monster House, and Wayne from Hotel Transylvania.

Scamper is a very comical character, mostly at the expense of his friend Brain and his creator Igor. The main source of this is that he considers life meaningless and attempts to kill himself despite being immortal and cannot die. 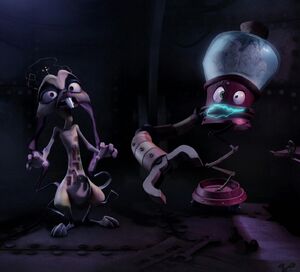 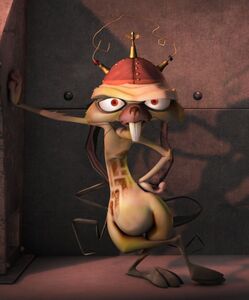 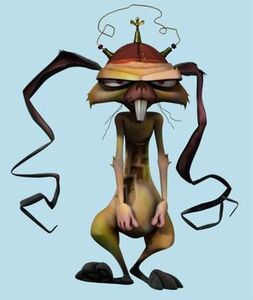 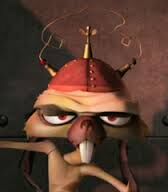 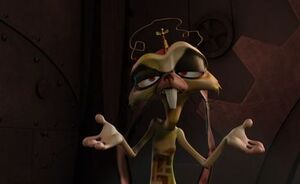 Retrieved from "https://hero.fandom.com/wiki/Scamper?oldid=2274370"
Community content is available under CC-BY-SA unless otherwise noted.