Heroes Wiki
Register
Don't have an account?
Sign In
Advertisement
in: One Piece Heroes, Female, Anime Heroes,
and 23 more

Taking care of her daughter.

To Protect her family.

Heroes from the Past

Scarlett is a minor character in the anime and manga series One Piece. She is the first daughter of the Riku Doldo III and Riku Matriarch, the older sister of Viola, the wife of Kyros, and the mother of Rebecca. She also former crown of the princess at Dressrosa until her death of falsifying. She is killing by Diamante while Donquixote Pirates taking over at the ten years in Dressrosa.

She was voiced by Wakana Yamazaki (who also voiced Nami and Nojiko in the same series and Ayane in Dead or Alive) in Japanese and Gloria Benavides in English.

Scarlett is the young woman has a dark pink hair in holds a braided ponytail it has two pieces with hang downing for her side. She wears a orange long dress button up has a frills on her bottom after Rebecca's story while they on the Flower Field. She also wears a sleeveless white dress and pink stiletto heels.

Scarlett is a caring who taking care of her daughter, Rebecca and desperately trying to taking away from this her to protect for the violence that she went to the Dressrosa while Doflamingo taking place. She has kind a nice person once she talk to her daughter will not everybody. She is a kindness show often to be dwarves while them had to yell by her father to mischief, beings they treating us them cheering up them. Though her sign from Rebecca when she ranking her of love life to get her hungry to eat, and deny own her death.

At this point during her life, she met Kyros becoming a captain of Dressrosa army, a young woman Scarlett voicing the approval, she can views Kyros on the murder as a not understood because her father accepted. During he rescuing by the abduction on pirates wasn't to harshly her blushing him, Scarlett falls love interest to became a boyfriend. She wanted to be boyfriend with Kyros, she going on the Riku family tries to fake the death. She and he got married to the kingdom and later she has her daughter named, Rebecca. Scarlett was so happy to see Kyros at the flower field living with the family when Doldo and Viola while visit once again all of the time. She using her flower to pick it together to her daughter and selling on them. 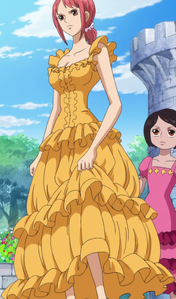 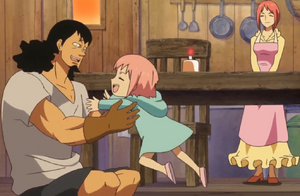 Scarlett with her husband and daughter. 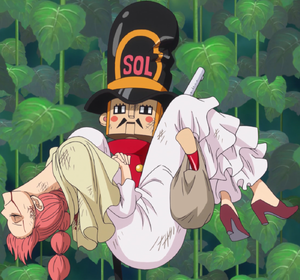 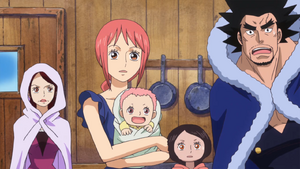