Heroes Wiki
Register
Don't have an account?
Sign In
Advertisement
in: Anthropomorphic, Male, My Little Pony Heroes,
and 19 more

Defend Spike and save the ponies (partially succeeded)

Scorpan is the character in the My Little Pony special and pilot "Return at Midnight Castle". He was voiced by the late Ron Taylor who also voiced Bleeding Gums Murphy from The Simpsons.

As Spike mentioned in the special, Scorpan was once a human prince before Tirac took over his kingdom and corrupted him using the Rainbow of Darkness, turning him into his demonic form. In spite of his appearance, he shows sympathy to the ponies who were being turned into evil dragons. It was shown the reason why he helps Tirac kidnap ponies was because Tirac threatened to behead Spike if he didn't. During the finale of the special, he was turned back into his human form after Tirac's death and the destruction of the Rainbow of Darkness.

Scorpan is mentioned in My Little Pony: Friendship is Magic as Tirek's brother. Much like the G1 version, Scorpan comes to appreciate the friendship of the ponies and warned them of Tirek's invasion. 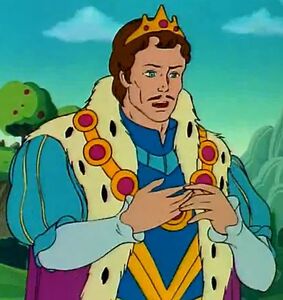 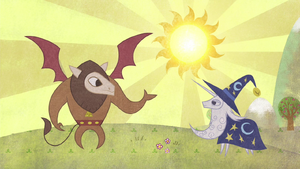 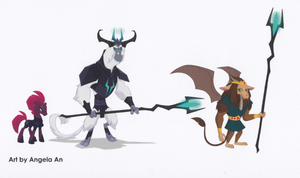 Scorpan as he would've appeared in the 2017 movie