Cure his lycanthropy (formerly)
Protect his love ones and Beacon Hills.

He was played by Tyler Posey.

Scott, at the beginning, was a kid with poor physical performance and asthma. One night his best friend "Stiles" Stilinski (his first real name is unknown, but later revealed to be Mieczyslaw), tells him that the police found a dead body in the woods, and he asks Scott to join him to find it. However, during the investigation Styles was caught by the sheriff (his dad), while Scott keeps going further into the woods to see the body. But somehow he is attacked by a wolf. His abilities increase without realizing and suddenly he is the captain of the lacrosse team. The same day he has his first transformation, and later attempts to cure his lycanthropy. Eventually, Scott accepts that he is a werewolf, and decides to be one of the protectors of Beacon Hills. With the help of his friends and allies, he stops supernatural threats of the town. Scott later becomes an Alpha Werewolf, one of the strongest wolf types, later leads his own pack call the McCall Pack, and becomes the protector of Beacon Hills.

Scott was born in 1994 to Rafael McCall, a Federal Bureau of Investigations special agent, and Melissa McCall, a nurse at Beacon Hills Memorial Hospital. At a young age, Scott was afflicted with asthma, and it became worse as he got older. One night, Scott walked in on his parents fighting, with his drunk father grabbing his wrist, but Scott pulled back. Scott was accidently pushed down the stairs, being knocked unconscious for twenty seconds or so.

Melissa threw Rafael out her home, with him becoming so ashamed, he left his wife and son out of grief. Thought Scott spent time, and moved in with his father, he eventually moved in with his mother. Rafael discontinued his contact with his family, moved to San Francisco, and spent much of his time working for the Federal Bureau of Investigations. Scott became to resent his father for doing so, but eventually let it go by high school.

When he was young, Scott was walking his dog when they were attacked by a rabid Doberman, causing Scott to have a severe asthma attack. Scott was sent to the hospital, but his dog died of her injuries, something he repressed or was repressed by the Dread Doctors. In 2012, Scott would remember the event when reading The Dread Doctors, a tool used to see if the doctors did anything to him.

Scott saw his mother work hard to raise him, and so he decided to take a job as veterinary technician at Dr. Alan Deaton's animal clinic. At Beacon Hills High School, he joined the lacrosse team with his best friend, Stiles Stilinski. Despite joining the team, the two rarely played a game due to their lack of athletic prowess.

Allison Argent: He was deeply in love with Alison, and they are tragic lovers. She was his girlfriend and he has "never loved anybody else." She died in his arms after being stabbed by an Oni.

Melissa McCall: She is Scott's mom, they keep a good relationship open and trustfully.

Stiles Stilinski: He´s Scott best friend since childhood and sidekick. He helped Scott through the beginning of being a werewolf and Scott does everything he can to destroy the Nogitsune which was using/tormenting Stiles. They treat each other like brothers.

Derek Hale: Derek has been Scott's enemy, ally, master, and is brother-like. Derek often treats Scott like a little brother, which is sometimes given back, but he has also been Scott's enemy in some cases and he has been a mentor to Scott since he has teach him the basics about controlling "the wolf".

Jackson Whittemore: He feels some rivalry against him, since Scott became a werewolf he became better than him, there is born some kind of rivalry between them two.

Liam Dunbar: Scott had turned him into a werewolf, he is like a brother to Scott, and is the one to turn him back to normal after becoming a Berserker.

Kira Yukimura: She is Scott's new girlfriend. They start to date in season 3B and have their first kiss in season 4.

Dr. Alan Deaton: He is Scott's boss and is also a mentor and father figure to him

Very driven, with an indomitable will. He is extremely selfless and always thinks about others before himself.

Lycanthropy: As being bitten by a werewolf, Scott can transform and use the abilities as a werewolf. He can switch to his human and werewolf form at will. This also cures him from asthma. 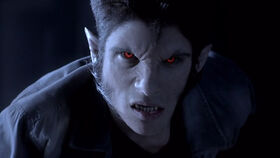 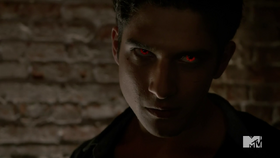 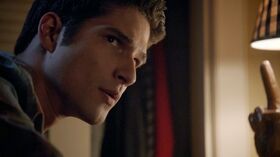 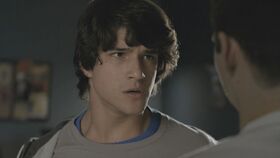 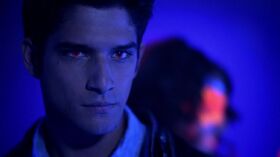 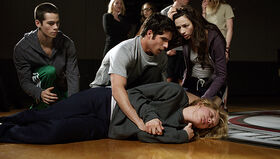 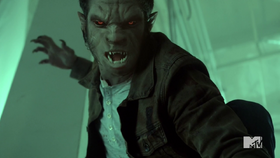 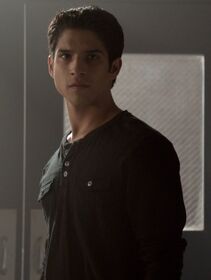